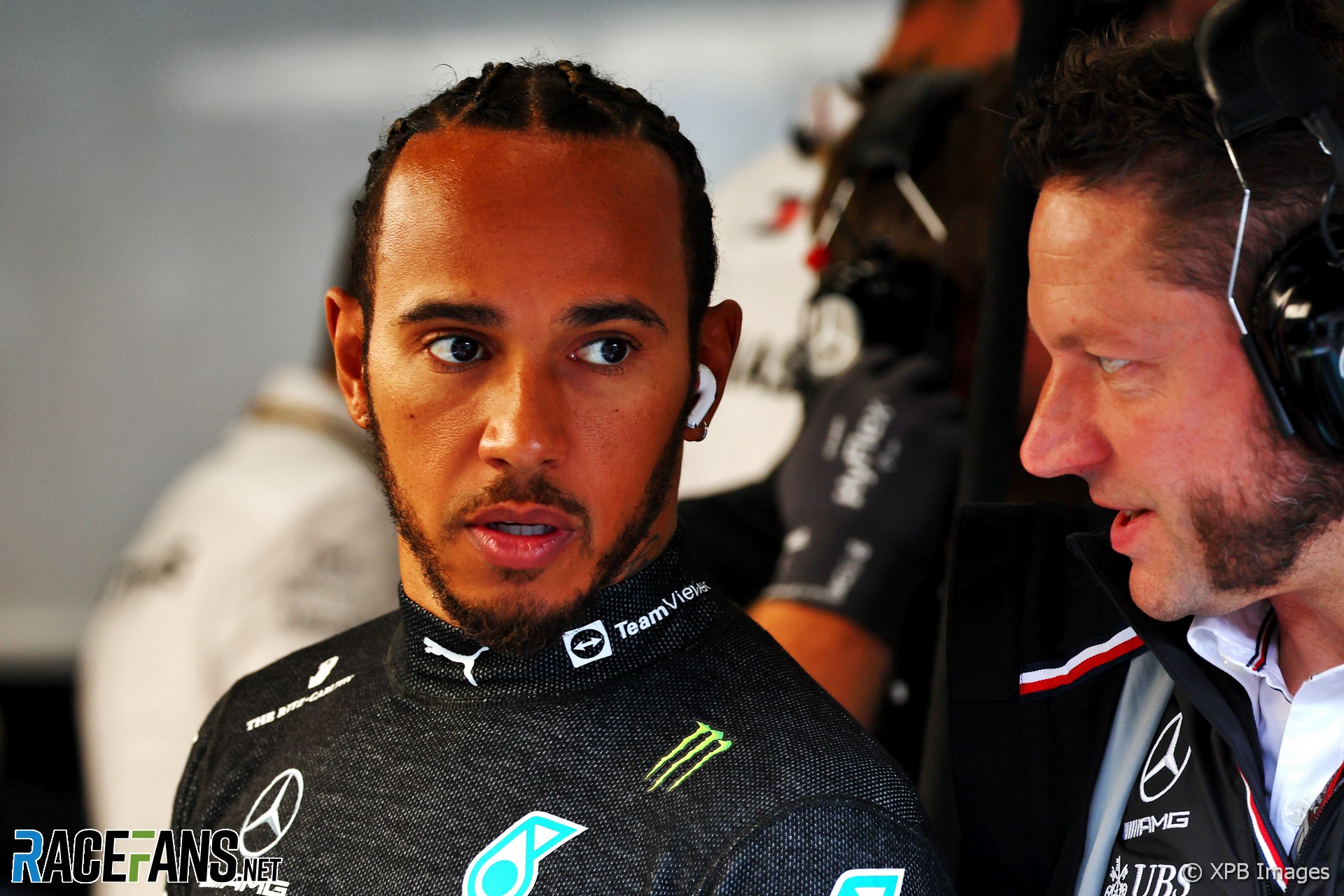 Lewis Hamilton says Red Bull’s rising performance has shown he was wrong to refer to them as “just a drinks company” over a decade ago.

The Mercedes driver made the comment in 2011 when he was driving for McLaren. Red Bull had just won their first constructors’ championship and taken Sebastian Vettel to the drivers’ title.

Speaking ahead of that season, Hamilton said his team and other car manufacturers would not allow Red Bull to continue beating them.

“I don’t know what their plan is. Our team is building to become a bigger manufacturer, like Ferrari, and I can only see our team being there for a ridiculous amount of time. It is a pure-bred racing team.”

Red Bull’s 2010 success was the first of four seasons in which they and Vettel swept both titles. Hamilton and Mercedes halted their winning run, but Max Verstappen narrowly took the drivers’ title last year, in contentious circumstances, and Red Bull are now dominating the 2022 season.

Hamilton said Red Bull’s success had shown he had been wrong to question their commitment to succeeding in F1, and singled out its chief technical officer Adrian Newey for praise.

“I think the team, it is a great team,” he said. “They’ve generally had really great cars for some time.

“I think that they used to have really high ride heights and had more drag before. I think they realised and experienced this year that their engine actually isn’t slower than others, it was more that they had a lot more drag in previous years. They’ve done a fantastic job.”

Hamilton’s “drinks company” comment rankled with many at Red Bull. Team principal Christian Horner referred to it ahead of last year’s championship showdown in Abu Dhabi.

But Hamilton insisted he did not mean it as a criticism. “Anything I would have said in the past about the team I didn’t mean it in a negative way,” he said.

“I think years ago I said something about them being a drinks company and stuff like that, and it was really just highlighting that car manufacturers, you would bet on a car manufacturer, more so. But they’ve proved me wrong and everyone and they’ve done a great job.”

“Adrian obviously did his thesis on ground effect cars at university so it’s no surprise that what he’s done and created this year is impressive,” said Hamilton. “But I believe in the young guns in our team that we’ll catch up.”