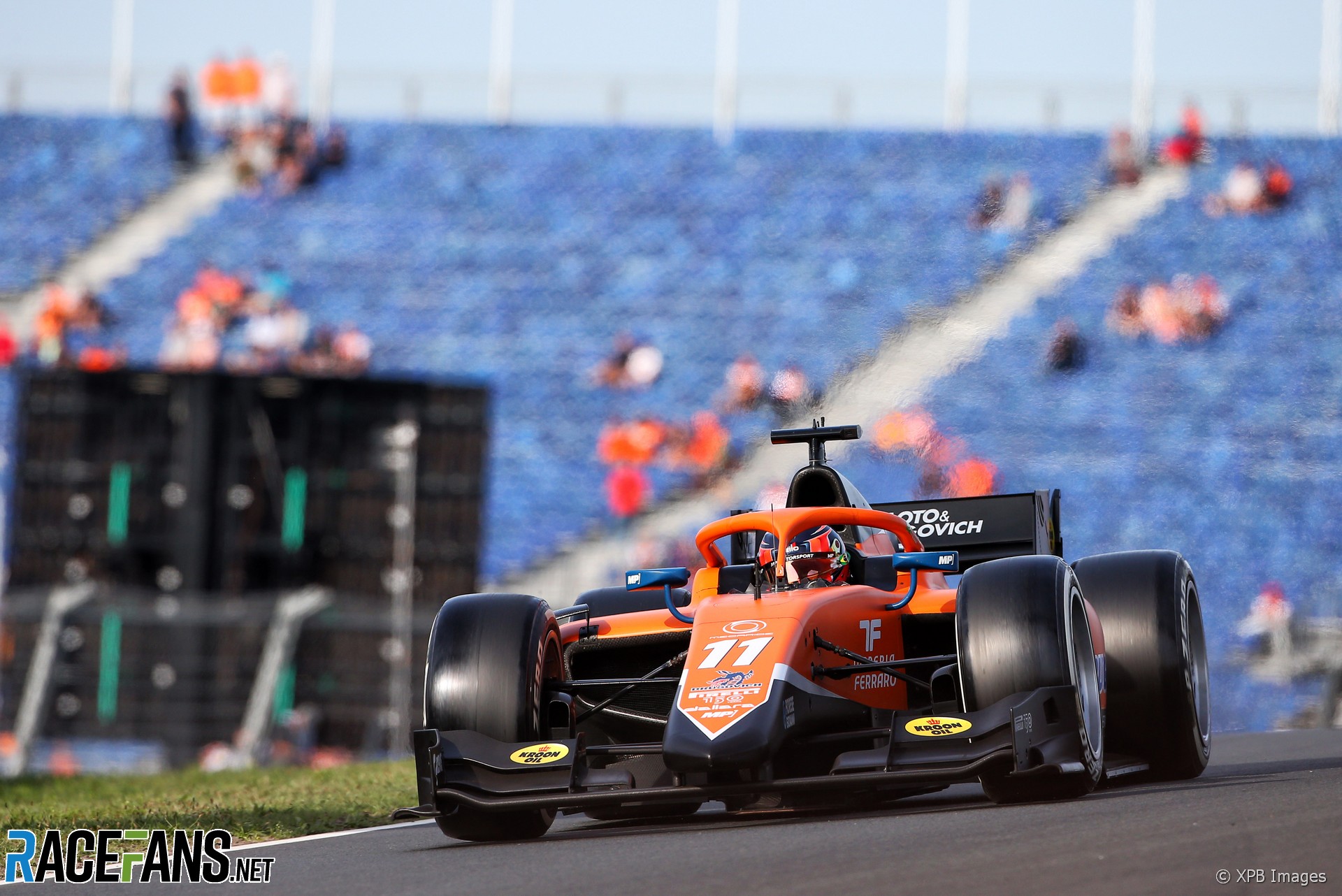 Drugovich set the pace early on in the session. However, a red flag was shown with 21 minutes to go, after Théo Pourchaire went into the barriers at turn three, losing control on the banking. He was able to get out of his car under his own power but with some substantial work needed on the Tecpro barriers before the session could resume.

Under the red flag, Jack Doohan had set the fastest time, beating Drugovich by a tenth and a half, with Dennis Hauger third and Pourchaire fourth but unlikely to stay there, with so much of the session still to go.

When the session restarted, Doohan improved on his provisional pole time, with Ayumu Iwasa taking second place. However, most cars returned to the pits after their initial runs, with only Jehan Daruvala, Ralph Boschung and Drugovich continuing to lap on the developing track.

Most drivers started their second runs with just under ten minutes to go, Ayumu Iwasa taking the fastest time at first but then quickly bested by drivers who had waited longer for track evolution. Drugovich took provisional pole with a 1’20.773 lap, more than two and a half tenths faster than Doohan in second, before drivers began to start their final timed laps.

However, another red flag brought proceedings to a pause with just under four minutes to go, after Daruvala lost grip and spun, stopping out of turn seven. Moments earlier, Logan Sargeant had visited the gravel trap at turn 12 but managed to keep going.

When the session resumed, only a handful of cars took to the track, with Drugovich having already climbed out of his car with no plans for a final run. Of the drivers who went back out, Frederick Vesti looked most likely to improve until he met the gravel at turn 12, ruining what was otherwise a potential top ten worthy lap.

Clement Novalak qualified tenth, putting him on partially-reversed-grid pole, with Marcus Armstrong taking the other front row spot for Saturday’s sprint race. Drugovich’s pole extends his lead to 45 points over Pourchaire, who will start 16th in both races, following his crash.