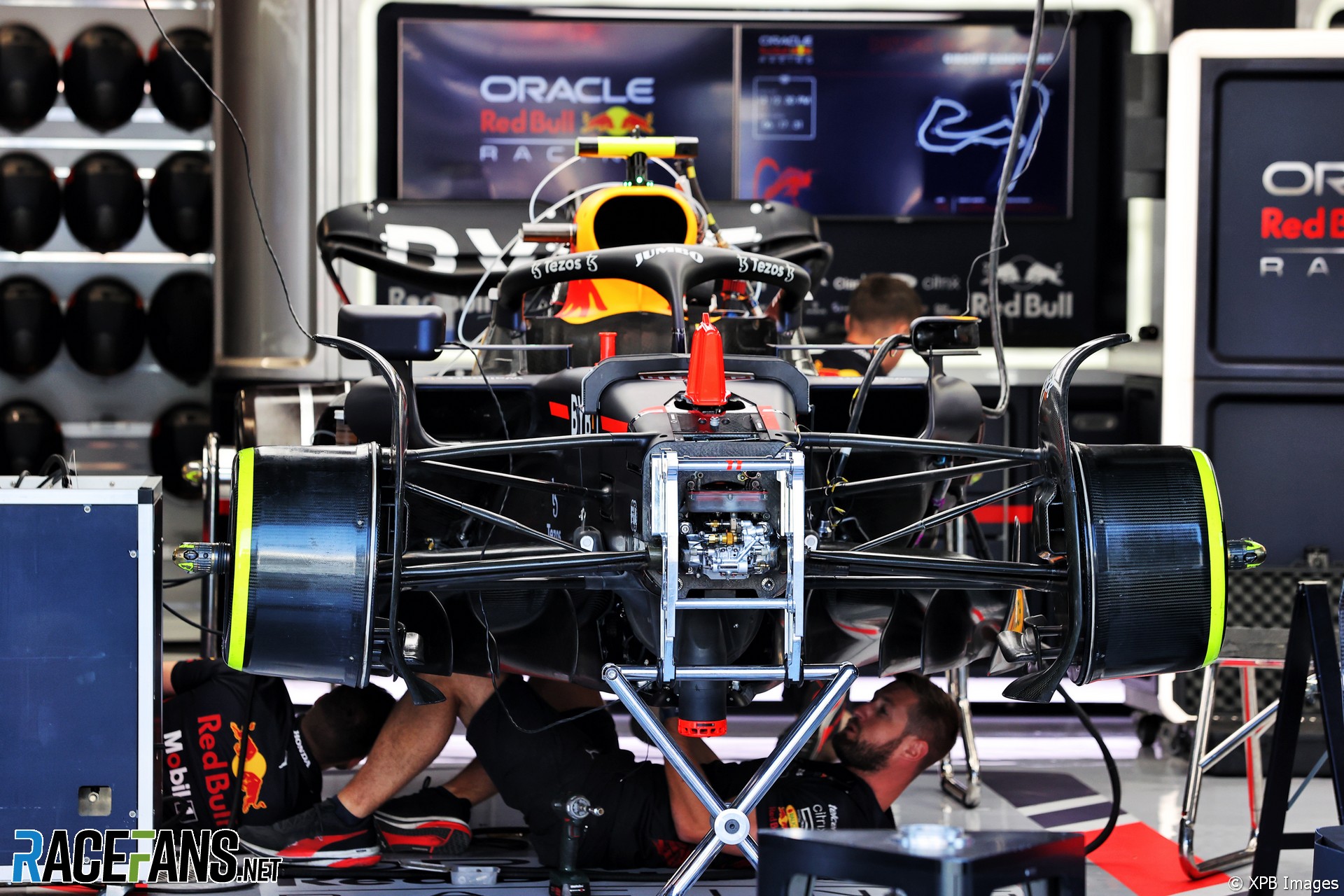 Formula 1 teams introduced a raft of changes to their cars for the last race at Spa. One week on, few have brought further changes for the following round at Zandvoort.

Mercedes, Red Bull, Ferrari, McLaren, Aston Martin and Haas are all continuing to run their cars with the selection of components introduced earlier in the season. The remaining four have brought minor changes.

Alpine is the only team to have brought multiple updates for its car. The A522 has new parts for its front and rear wings. While Zandvoort places a greater emphasis on downforce than drag compared to Spa, the team is still seeking efficiency improvements with its latest bodywork updates.

Difference: “A shorter chord top element of the beam wing.”

Description: “The shorter chord top element of the beam wing gives us a reduction in drag and an increase in downforce.”

Difference: “A replacement for our mid-range front wing flap with no lip increased incidence.”

Description: “The front wing flap update is more efficient than our existing mid-range version with an aim of increasing downforce.”

Difference: “The tip of the rear wing has been updated with a tighter transition to the endplate in front view and a larger cut out at the back in side view.”

Description: “The update increases the effective span of the rear wing and produces an efficient increase in the local downforce it generates.”

Description: “The update leads to a change in loading on the endplate wing elements, which influences the local flow field for improved local stability and better downstream interaction with the rest of the car.”

Description: “The rear brake duct deflector geometry has been redesigned for this race to improve flow conditioning local to the diffuser.”