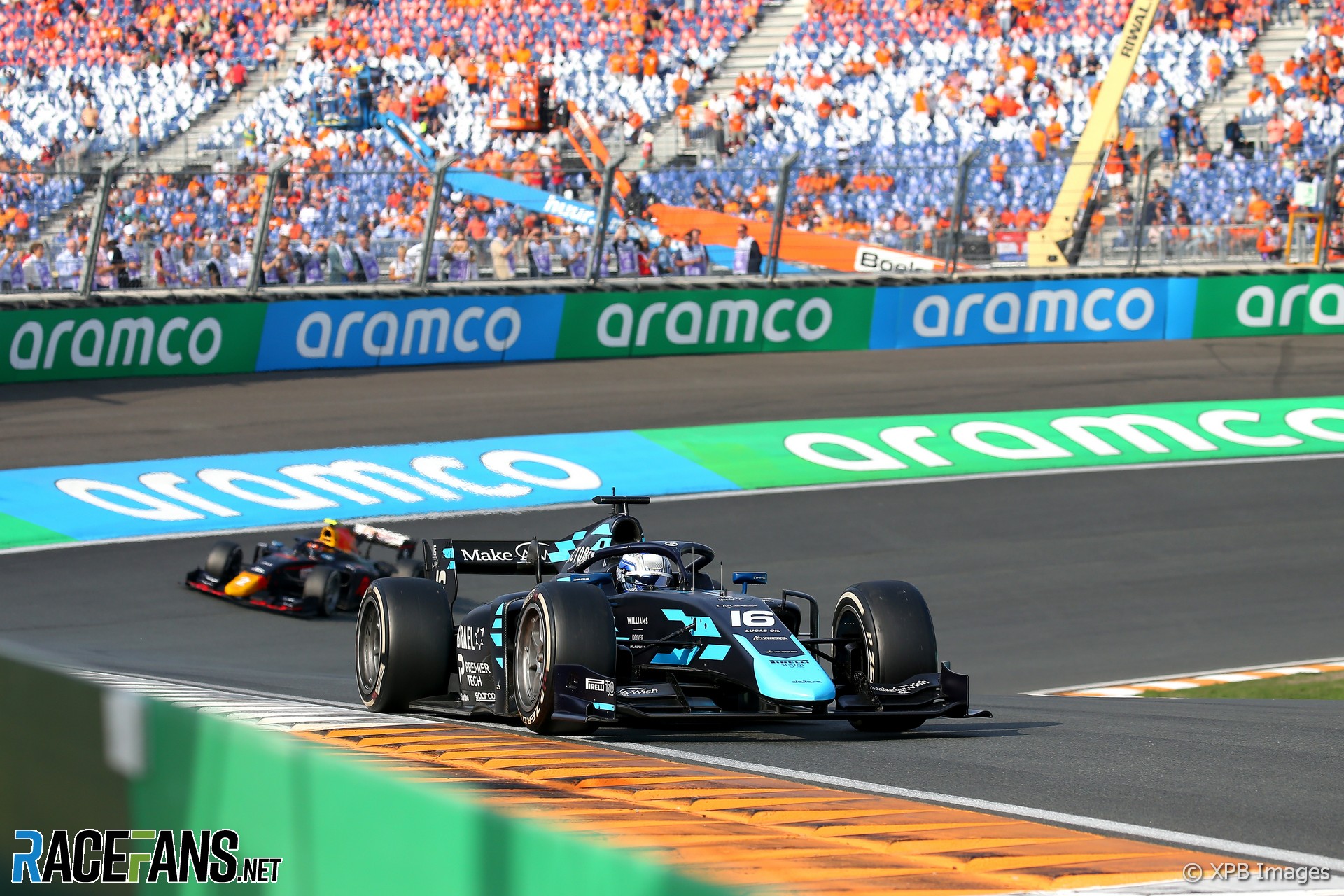 Williams junior driver Roy Nissany has become the third Formula 2 driver this year to earn an automatic ban from an event.

Nissany avoided collecting any penalty points over the first four double-header rounds. Since Monaco, however, the DAMS driver has rapidly acquired them.

He was given a drive-through penalty and two penalty points that weekend for attempting to start his car while it was pushed by marshals, following a crash. At the next round in Baku he made contact with Cem Bolukbasi and was awarded three penalty points as well as three-place grid drop for his next race.

At Silverstone he was held responsible for a dramatic crash which saw Dennis Hauger flung into Nissany’s car, landing partially on top of it. Again Nissany received three points, plus a five grid position penalty.

He collected three more for individual incidents at Paul Ricard. One was given for an unsafe rejoin, another point for obstructing Oliver Caldwell during practice and one more for leaving the track and gaining an advantage by failing to give a position back quickly enough.

At the Hungaroring round he collided with Roberto Merhi in the feature race at turn one, for which Nissany was found at fault and given two more penalty points. That left him on a total of 11, one away from an automatic ban.

Although Nissany avoided collecting any more penalty points at Spa round, he was penalised today for failing to fall back behind David Beckmann, who he believed to have overtaken before a Safety Car was called. The two points awarded for erratic driving behind the Safety Car bring Nissany to 13, meaning he will sit out next weekend’s round at Monza.

He currently holds 18 championship points and lies 17th in the standings. DAMS have yet to confirm who will deputise for Nissany at the Italian round.

Nissany’s ban follows Amaury Cordeel missing the Silverstone round and Caldwell being forced to sit out the Spa event. While those two drivers are rookies, Nissany is in his fourth season of the championship and has driven in six Formula 1 practice sessions for Williams over 2020 and 2021.

Prior to this season, only one F2 driver had ever earned a ban by accumulating 12 superlicence points: Mahaveer Raghunathan, in 2019.