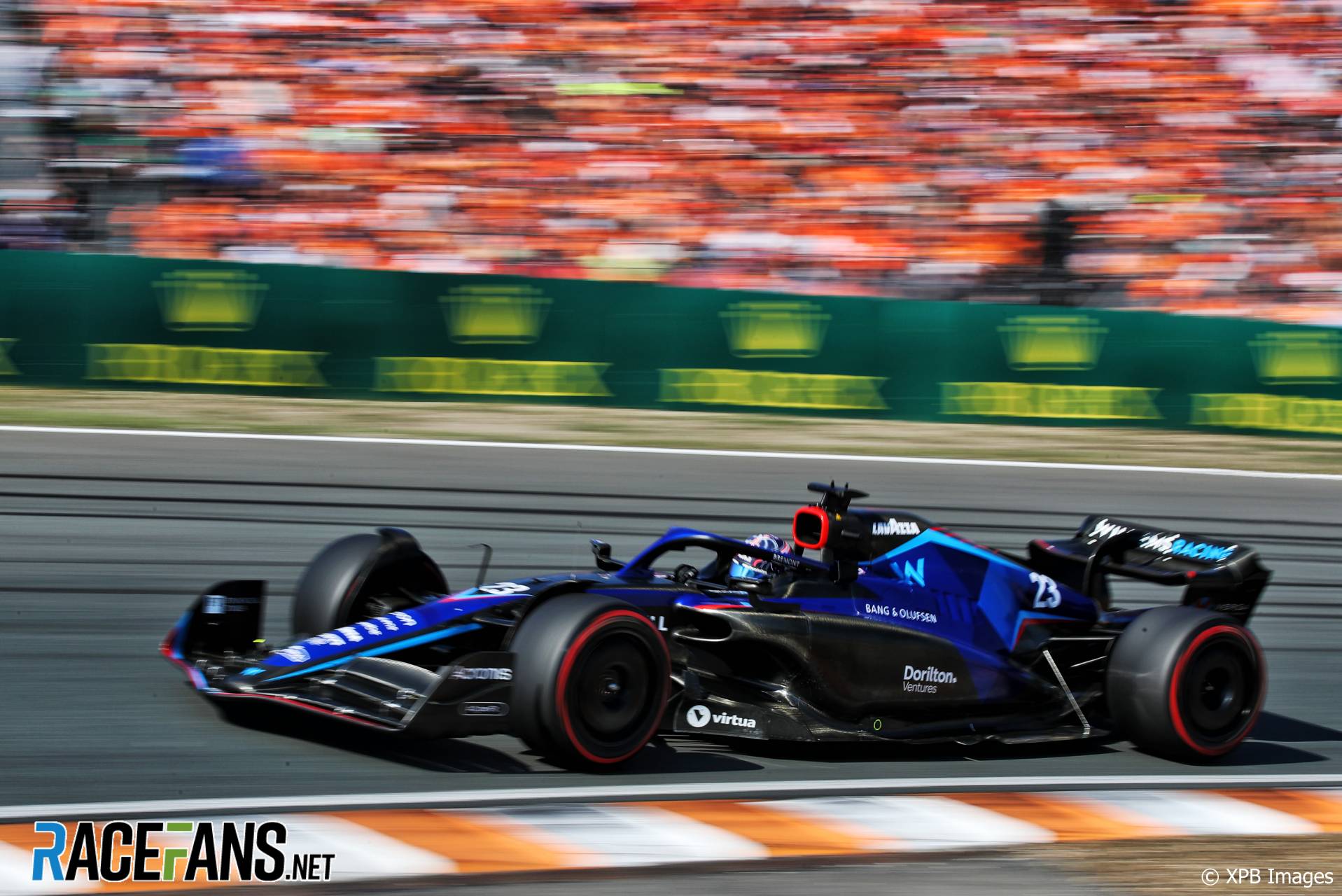 Williams driver Alex Albon says the team “have higher expectations going into Monza” as Formula 1 returns to a low-downforce track suited to their car’s strengths.

Albon scored the team’s first points in nine races at the Belgian Grand Prix two weeks ago at Spa-Francorchamps. The Williams FW44’s strong straight-line performance made it a more competitive proposition in Belgium, and the team hope Monza’s long straights mean a repeat could be on the cards this weekend.

Last weekend’s Dutch Grand Prix at Zandvoort was also positive for Albon’s side of the garage, he said, despite a lack of points. He finished 12th and was pleased with his car’s pace at a track which places a higher emphasis on downforce.

“It wasn’t to too spectacular, but I think it was a very good race,” he said. “If you think about our car and its advantages, Zandvoort is not the one that ticks boxes and we actually had generally good race pace.

“If you look at our stints, apart from the final one, we were actually pretty quick – surprisingly quick, to be fair. The wind died down, that played a big part for us, and we could make the medium [tyres] work much more than the hards and the softs, so that’s something to have a dig at and look why that is.”

The team were disadvantaged by the timing of the Safety Car, said Albon. The free pit stop some drivers were able to take when the Safety Car came out nullified the advantage in tyre life he would have gained from his own pit stop just prior to it.

“I’m not sure if it would have affected our position, but if you look at the last Safety Car and then the Mercedes’ pit [stop], we got the blue flags from the Mercs, we lost a ton of time there and then and everyone in front could pit and we were the same on tyre advantage. We couldn’t really use anything. It is what it is, but I’m happy.”

The Italian Grand Prix has been one of Williams’ strongest in recent seasons but Albon said he does “not want to put the expectations too high”.

“We were full downforce [at Zandvoort], but we were still pretty good down the straights, so it should do,” he said.

“I’m sure everyone else can drop their drag if they want to. I’ll be interested to see if we still have a straight-line advantage come Monza, but of course I guess we have higher expectations going into Monza than we did at Zandvoort.

“Spa is quite a good track to overtake on, but Monza is even easier. So let’s see if we can keep some people behind.”