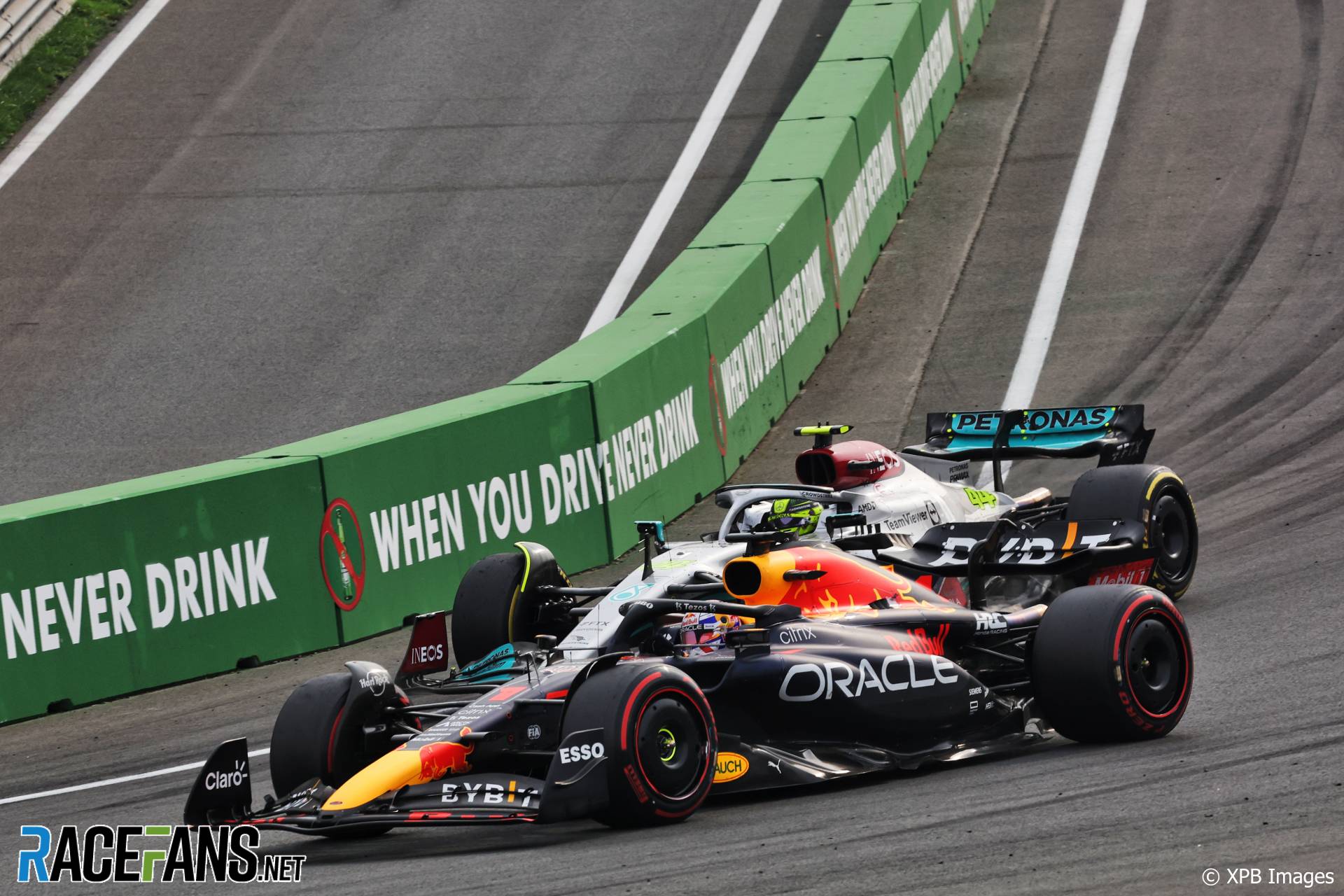 Lewis Hamilton says Max Verstappen would have passed him at the restart of the Dutch Grand Prix even if he hadn’t selected the wrong engine mode.

The Mercedes driver had to be reminded by race engineer Peter Bonnington to change from ‘strat two’ to ‘strat five’ ahead of the final restart. He admitted he didn’t change the setting soon enough as he led the field around the final corners before the restart, but said it didn’t change the fact Verstappen was able to pass him.

“Basically when you do slow laps you’re in one strategy [mode] and when we go to the start map you’re in a different strategy,” Hamilton explained. “I was slightly late to it but it didn’t make a difference.

“They calculated the distance, I was into it on the straight and either way he was coming past.”

Verstappen switched to soft tyres for the final restart, which moved Hamilton into the lead of the race. However the Mercedes driver was on the medium tyre compound, and was immediately passed by the soft-shod Verstappen, plus two other drivers before the end of the race.

Had Mercedes put him on softs, Hamilton believes he would have finished “at least second.” He led part of the race earlier on but lost time to Verstappen when a Virtual Safety Car period allowed the Red Bull driver to save time while making his second pit stop.

“We had good pace on our one-stop strategy,” said Hamilton. “Obviously we were unfortunate with the VSC. That’s happened a lot this year.”

He faces an uphill struggle this weekend as he will start the race near the back of the grid following an engine change penalty. He took responsibility for the setback as his latest engine was damaged in a collision with Fernando Alonso at Spa.

“The third engine that I had brand new in Spa is still being worked on so I can’t use it right now so I had to take a fourth,” he said. “So that’s my doing and I’m still hopeful we can use that later on.”

He is unsure how competitive Mercedes will be this weekend as the team fought for victory at Zandvoort but were 1.8 seconds off the pace in qualifying at Spa.

“We’ve been making so much progress in the team, we’re closing the gap more and more weekend after weekend,” he said. “Of course we don’t know how the car’s going to be here this weekend. I expect it’s not going to be as good as it was in the last race. Well find out.”