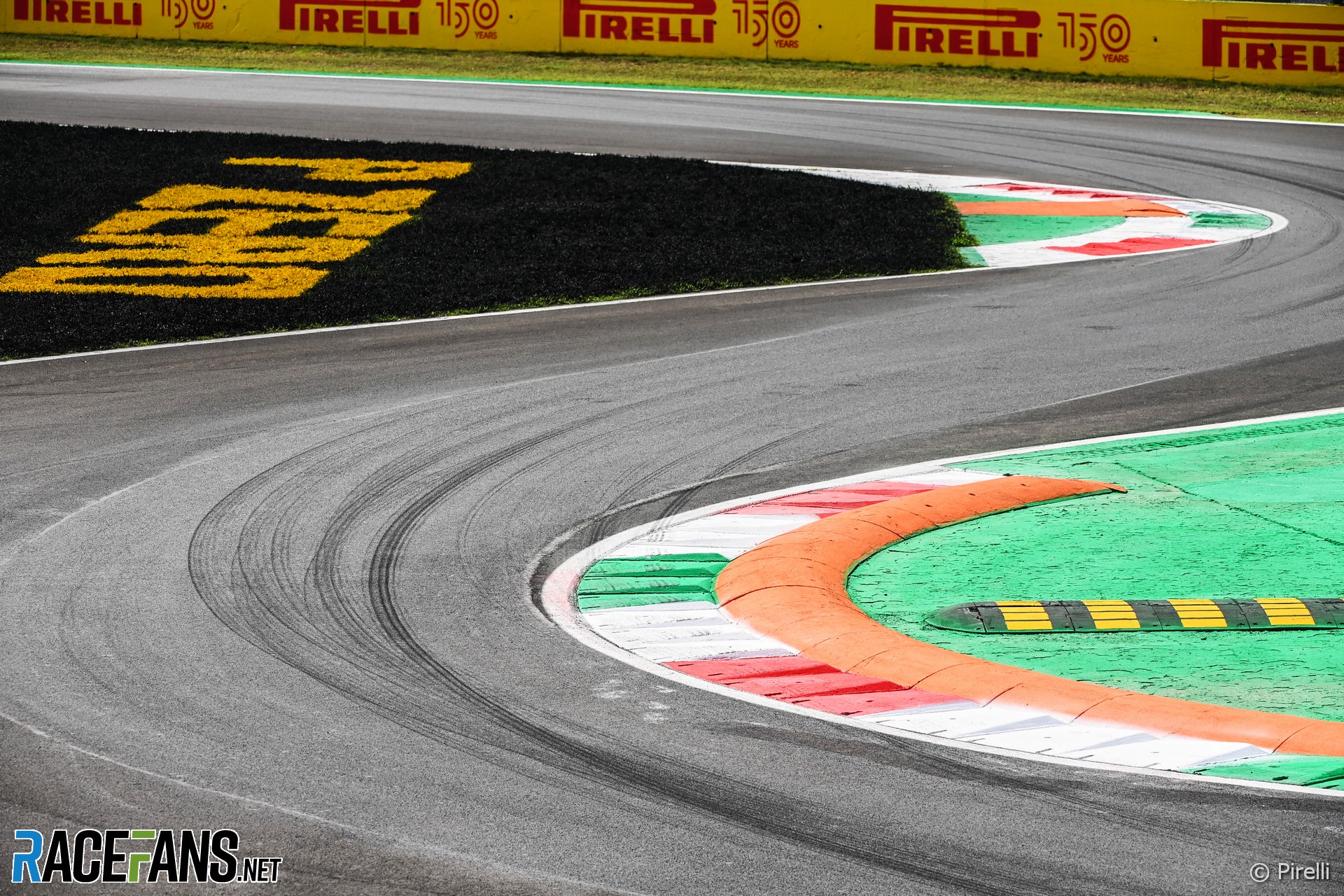 In the round-up: George Russell says he is not sure what to expect of a unique resurfacing job to the Monza circuit

George Russell says he is not sure what to expect of a unique resurfacing job to the Monza circuit where only the racing line has been repaved.

The track has been extensively repaved at the Rettifilo Chicane, Roggia Chicane and Ascari. However, only the asphalt that forms the traditional racing line has been repaved, rather than the entire width of the circuit.

“They’ve not resurfaced the whole circuit… they’ve not resurfaced it fully from left to right, but actually it’s about probably four metres wide. So I don’t really know what it’s going to do for racing if there’s two different types of tarmac – one if you’re on the racing line and if you’re outside or inside of that, there’s less or more grip. So we’ll have to wait and see how that pans out.”

Harder to hold off cars in Monza than Spa – Albon

Alexander Albon believes he will have a more difficult time keeping cars behind him during the Italian Grand Prix than at the Belgian Grand Prix at Spa-Francorchamps two weeks ago.

Albon secured the final point in tenth in Spa after holding off a train of cars for the second half of the race thanks to a superior straight line speed advantage. Despite Monza being another low downforce circuit, Albon is less confident of repeating the feat this weekend.

“The pace deficit from Spa compared to Monza – in terms of the pace you need to overtake – they’re not too far away from each other,” Albon said.

“I think what made Spa so good was because we were very strong in turn one. So we we tended to always get off, had decent traction out of one and could always pull out a gap before the car behind could overtake into turn five. I think this circuit’s a bit harder because you basically have a quick corner leading onto a longer street, so that advantage is less. So you are a bit more vulnerable.”

Mahindra team principal Dilbagh Gill has announced his departure from the Mahindra Formula E team after leading the Indian manufacturer since the season’s first ever EPrix back in 2014.

In a statement released online, the team confirmed that Gill would leave the team after the conclusion of this year’s championship, which was won by Stoffel Vandoorne and Mercedes.

“Mahindra Racing would like to thank Dilbagh Gill for his contribution, hard work and loyalty,” Mahindra said in a statement on social media.

£After nine years in the role of CEO and Team Principal of our Formula E team, overseeing 100 races, five race wins and 23 podiums, Dilbagh is moving on. We wish him all the best for his future challenges – he will always be a part of our electric story.”

Why Ferrari and Monza’s stories are uniquely intertwined, as Leclerc and Sainz prepare for a critical weekend (F1)

"Special livery aside, however, the scale of the challenge facing the Ferrari drivers, both this weekend and in the race for the drivers’ and constructors’ titles, is immense. Leclerc now sits a full 109 points behind championship leader Max Verstappen with seven races, including this weekend’s, to go."

"While I’ve known the stories of both Ronnie Peterson’s and Wolfgang von Trips’ tragic deaths, I never quite put together that both men were killed at the same track — Autodromo Nazionale Monza — during the event that ultimately rewarded their American driver with a Championship after a season-long title fight until I was running through some of the most iconic moments in the track’s history. Only then did it dawn on me that America’s World Championship history is marred in tragedy."

"Nico Hulkenberg is reportedly 'the favourite' to fill the undecided seat at Haas next season – leaving Mick Schumacher's Formula 1 career under threat."

Legendary Monza – is it really one of F1's greatest circuits? (Motor Sport)

"I think what strikes me most when I visit Monza, or just watch the race on the television, is that for all the changes that have been made there, how little it has altered. Compare a diagram of the track in 1922 and another of how it is today and you’ll be stunned by their similarities."

"I am very excited to test the F3 car around Magny-Cours and I am very grateful for this opportunity given to me. I hope to make the most out of the day and understand further what it will take to get to the next step and where I aim to hopefully compete one day."

BUS BROS Episode 11: This is Chaos (Josef Newgarden via YouTube)

"The Bros are back from Portland. Superstar David Malukas makes an appearance, visits some fans, and there's entirely too many donuts. Enjoy!"

You're looking at the next #F3 champion… 🏆

there are plenty of activities to keep an F1 driver busy through a race weekend, and a big part of that comes from the communications & marketing teams ✌️ pic.twitter.com/mOkzoCPOE5

I can’t believe in 3 days it will all be over. I will be heading back to cold Finland and racing just stops. Feels unreal, in a bad way.

"His rating is ridiculously low. Someone I think completely drunk must have made up that rating. So I'll speak to the people in charge."#F1 #ItalianGP #RaceFans pic.twitter.com/A1ROMQbIwE

If a certain statement is issued tonight or tomorrow morning, I would expect a reduced UK F1 offering – across Sky, Channel 4 and BBC – this weekend. #ItalianGP

Her Majesty had a small but notable connection to F1 history, which I hope will be remembered at some point during the Monza weekend’s various marks of respect, because she was at the very first world championship GP at Silverstone in 1950, attending with her father, King George VI.
Pat Pepper