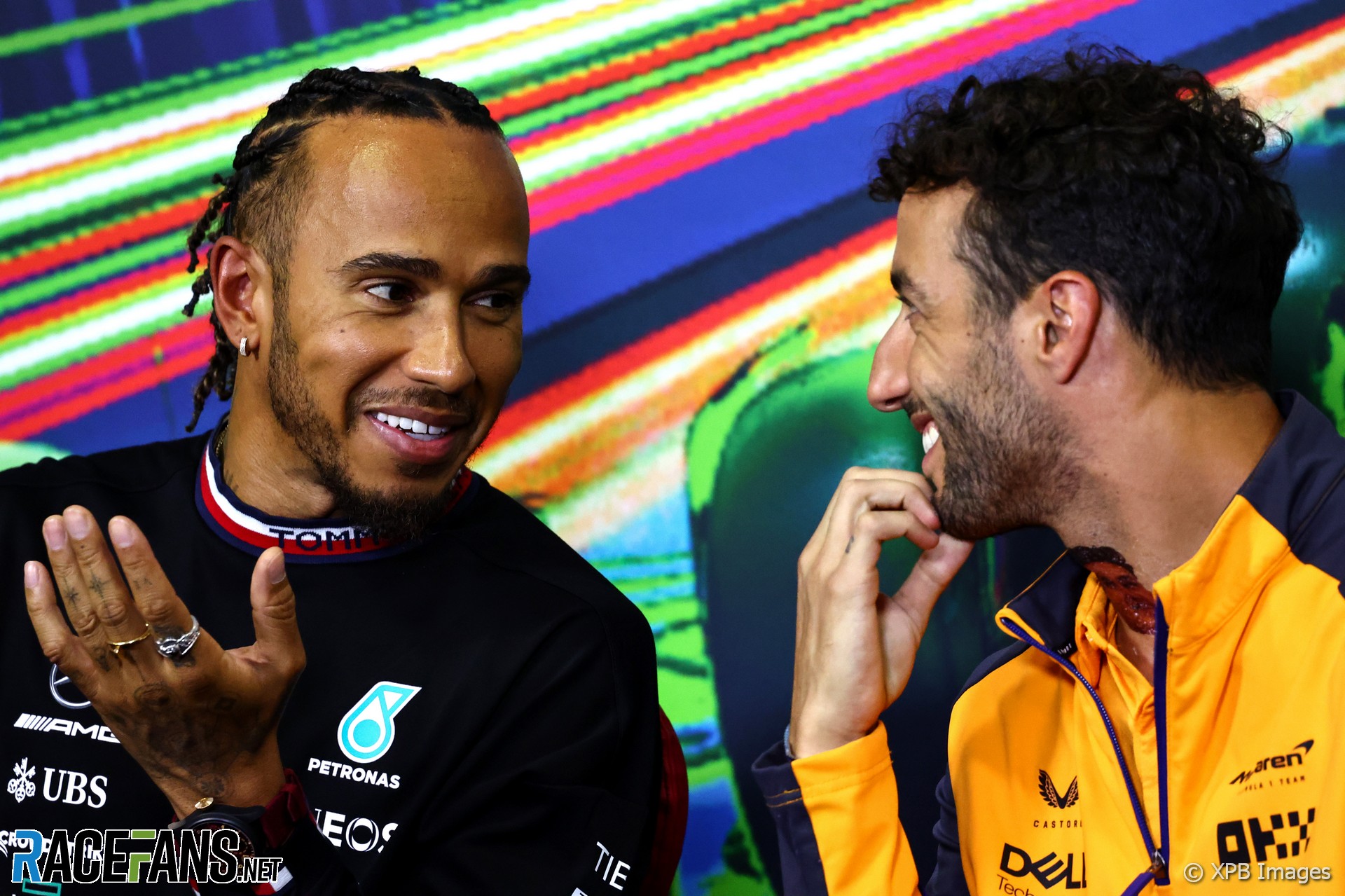 Daniel Ricciardo deserves a place on the Formula 1 grid in 2023, the two Mercedes drivers have said, after reports linking him to a reserve role at their team.

Last year’s Italian Grand Prix winner is looking for a new team as the series returns to Monza this weekend after McLaren cut his three-year deal short by a season.

In response to claims Ricciardo could join Mercedes as a reserve next year, Lewis Hamilton made it clear he believes the eight-time grand prix winner deserves to remain on the grid.

“I think he should be racing, personally,” said Hamilton. “I think he’s far too talented and he’s earned the right to be amongst us all racing.

“Of course if he’s a part of our team that’d be great but I mean, third role is not really, I think, what’s best for him. If I was managing him, he would be racing.”

A reserve role at Mercedes could put Ricciardo in line to replace Hamilton when he chooses to step down. But the seven-times champion, whose current Mercedes contract expires at the end of the 2023 F1 season, indicated he isn’t planning to quit soon.

“For years it’s been going around, up and down with stories of retirement and stopping [but] for me I feel healthier than I’ve ever felt,” said Hamilton. “I don’t plan on stopping.”

“My goal is always to be with Mercedes,” he continued. “I signed with them in 1997. I love that we have the partnership we have.

“I feel like we are embarking on a lot of really positive things not only in the sport but outside and I think there’s a lot to accomplish together. So I want to be a part of that. I think I’ll always be with Mercedes until the day I die. And I feel like I can race for quite a bit longer.”

George Russell echoed his team mate’s view. “I think Daniel’s record speaks for itself,” he said. “He’s a driver deserving of a seat on the Formula 1 grid and I think it would be a real shame for him to not be there next season.

“Obviously from our side having a driver of his calibre join the team in any capacity would be a real boost and he’s a guy I really get on with. But as I said I hope he stays on the grid.”

Although his options to remain on the grid next year are dwindling, Ricciardo said his priority is to continue racing in F1.

“I’m keeping every opportunity for not only next year but the future. I still don’t know what next year looks like.

“As Lewis said, I do want to be on the grid, I do want to race. I touched on a few weeks ago that although this has been been a challenging time in my career it hasn’t taken the love of the sport away from me and that desire to still be here and still compete.”