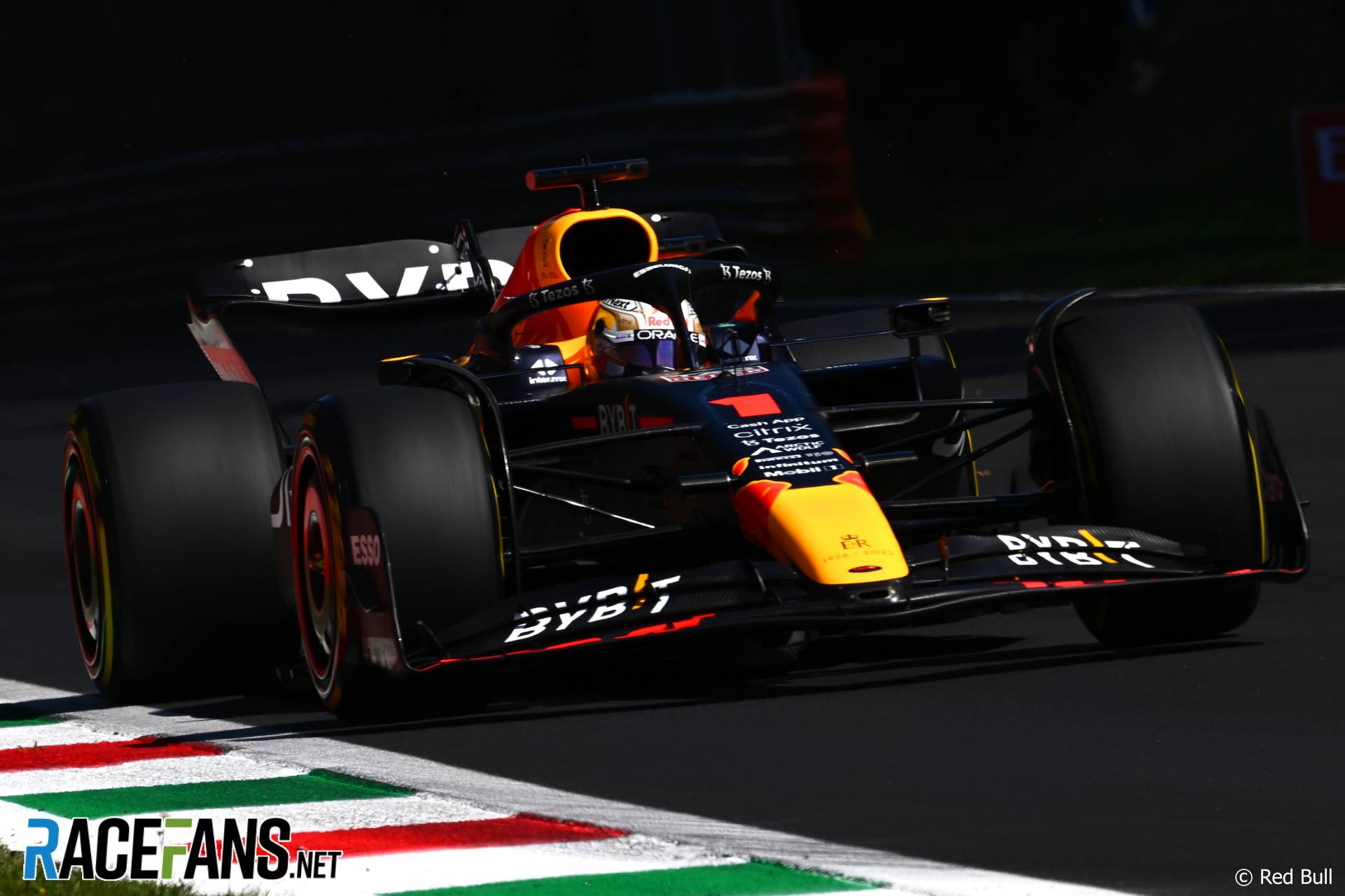 Max Verstappen was the fastest driver in final practice for the Italian Grand Prix at Monza, over three tenths quicker than Charles Leclerc’s Ferrari.

Verstappen’s best time of a 1’21.252 on soft tyres saw him end practice as the quickest driver, however he will be serving a five place grid penalty after this evening’s qualifying session.

It was another sunny, warm afternoon in Monza as the final practice hour got underway. There was no rush for teams to get out onto the circuit, with only Sergio Perez, Valtteri Bottas and Yuki Tsunoda heading out in the opening ten minutes.

Perez, set the early pace with a 1’22.148 on the medium tyre, before Verstappen took to the track for his first run of the day, also on the medium tyres. Verstappen set the quickest first sector, but came across the Mercedes of George Russell at Ascari, backing out of the lap and voicing his disapproval over team radio. On his next attempt, Verstappen went fastest of all, almost four tenths faster than his team mate.

Valtteri Bottas had to take avoiding action at the Roggia chicane to not ram into the Ferrari of Carlos Sainz Jnr who appearing to be meandering around the course on his out lap. Bottas took to the escape road to prevent a collision and the stewards announced that the incident was under investigation by the stewards.

After Williams confirmed that Alexander Albon would be replaced by Nyck de Vries for the rest of the weekend, the debutante finally got out onto the track with around 35 minutes left in the session. Mick Schumacher did not have such a luxury, as a clutch problem left him stranded in the garage, unable to get out on track.

As he tried to adapt to his second car of the weekend, De Vries briefly brought out the yellow flags after running wide at the first Lesmo. Despite a trip over the gravel, the Williams recovered back on track and continued his run.

In the final 20 minutes, the track got increasingly busy as teams prepared for qualifying. Verstappen used the soft tyres to set the fastest time of the weekend, a 1’21.252. Leclerc set a personal best time on the softs, but could not get within three tenths of a second of the Red Bull driver. After a cool-down lap, Leclerc’s second effort on his soft tyres saw him improve again, but only by a matter of milliseconds to remain second.

Haas completed clutch repairs on Schumacher’s car to allow them to finally send their driver out in the final ten minutes of the session. Schumacher used the soft tyres to set a lap time just under two tenths slower than team mate Kevin Magnussen in 19th.

When the chequered flag flew at the end of the hour, Verstappen remained at the top to head into qualifying as the fastest driver, despite his five-place grid penalty looming. Leclerc was 0.347s behind in second, with Perez in third a further quarter of a second behind.

Sainz ended the session fourth fastest but will be summoned to the stewards to explain his near-miss with Bottas. Fernando Alonso was fifth for Alpine, ahead of Lando Norris, George Russell. Yuki Tsunoda, Esteban Ocon and Lewis Hamilton.