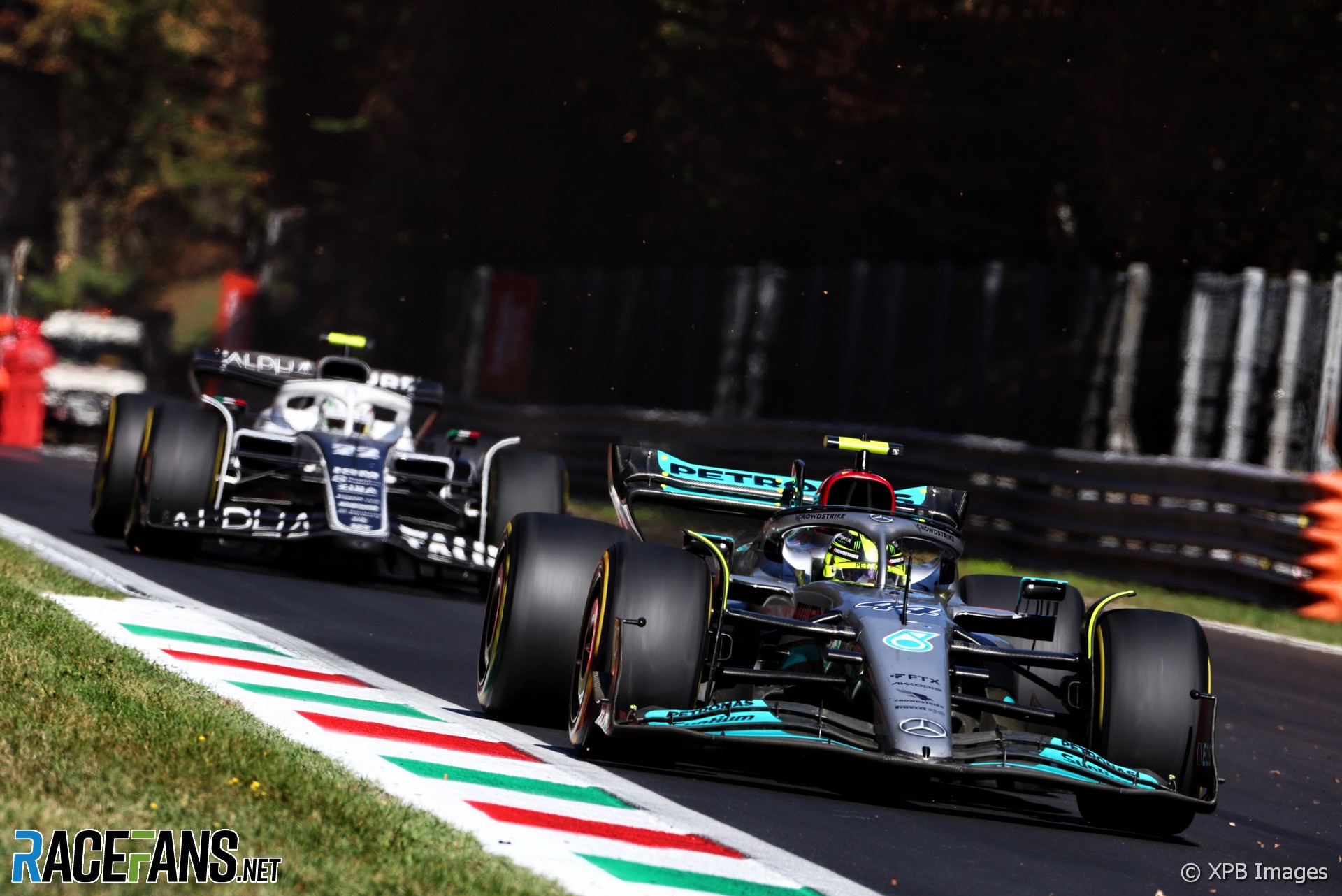 Lewis Hamilton says Formula 1 should consider allowing races to be extended in order to avoid them finishing behind the Safety Car.

The Safety was deployed when Daniel Ricciardo’s McLaren came to a stop with six laps to go in today’s Italian Grand Prix. The race was not restarted and the field took the chequered flag behind the Safety Car when its scheduled distance of 53 laps was reached, which prompted some jeers from the crowd.

Hamilton told his team on the radio race control should consider adding more laps in future to avoid races finishing in a similar way.

“I mean, what’s the harm in extending it?” he said when asked by RaceFans about his suggestion after the race. “Naturally, as a racer, you want more time.”

However Hamilton, who finished the race in fifth place, admitted he might have come under threat from rivals behind had the race continued.

“I wanted to be able to challenge the Ferrari ahead of me and see if I could get another position,” he said. “But I think in hindsight it was probably a good ending. I’m really grateful to have come back from the last row.”

Other drivers pitted for fresh tyres when the Safety Car came out. Hamilton did not. “My tyres didn’t feel bad,” he explained. “I felt like I could keep temperature in them.

“They said there was two people in my pit window so if I’d pitted I would have come out behind two people and I didn’t want to risk it so I just stayed out.”

That made it unlikely Hamilton would have gained more positions had the race resumed. “the soft was starting to fall off a little bit and I think they stopped so they had new tyres so I probably wouldn’t have been able to get past him,” he said.

Hamilton climbed to the front of the field after starting 19th. “I really enjoyed the battle with everyone, slowly working away with this car. It was definitely a challenge from the beginning.”

He said his late pass on Lando Norris proved decisive in his pursuit of fifth place. “This was a key move because I think if I hadn’t pulled that off then I would have been two places back,” he said.

“It’s just about timing. You don’t always get it right but I saw Lando coming out and I was like ‘this is the one moment we have the chance’. Fortunately he was getting challenged by someone else down the outside so I cut across and it felt great to pull alongside him.”