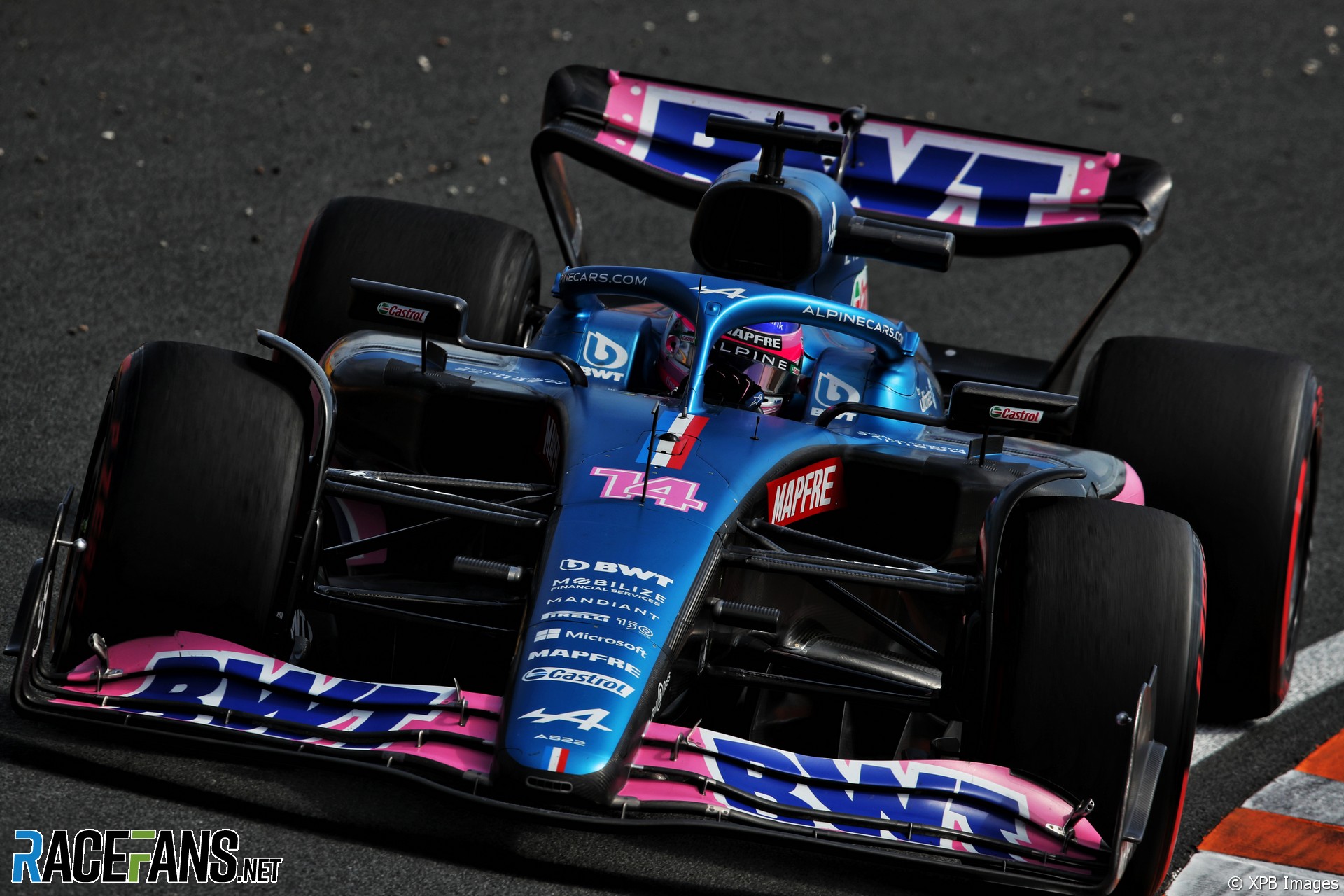 Alpine’s upgrade package for this weekend’s Singapore Grand Prix includes a new floor that the team hopes will return them to their previous competitivity level after failing to score last time out at Monza.

The Italian Grand Prix was Alpine’s second race this year without points, and allowed McLaren to close in in their battle for fourth in the constructors’ championship.

Following that race the team’s sporting director Alan Permane talked up their coming upgrade. “We’ve got a new floor coming to Singapore, it’s got a massive step of downforce and we’ll be back where we should be,” he said.

Both the team’s drivers will have the update this weekend. “The whole team have been working hard on a new upgrade package for this race,” said Fernando Alonso. “So I’m excited to see what it produces.”

Alpine’s chief technical officer Pat Fry said the new floor is significantly different to the old one, though it will look outwardly similar.

“We are bringing an entire new floor to both cars this weekend, which will also carry over to Japan for the next race,” said Fry.

“Visually, on the surface, it’s not much different to the previous version as most of the developments are underneath. It should bring a reasonable step in performance, though.”

The team will continue its development push over the coming races as it bids to protect its fourth place in the championship from McLaren.

“At recent races, we’ve managed to bring a strong set of developments to the car, and they’ve all worked as expected,” said Fry. “We have some more upgrades to bring this season before we begin to wind down by Austin at the end of October.

“Everyone at Enstone has worked exceptionally well on meeting targets for developments, so credit to everyone involved for their hard work.”

Under its previous guise as Renault, Alpine is one of only four teams to have won the Singapore Grand Prix since it was added to the F1 world championship in 2008. Alonso won that inaugural race, albeit in controversial circumstances, and he is set to break the record for the most grand prix starts in F1 this weekend.