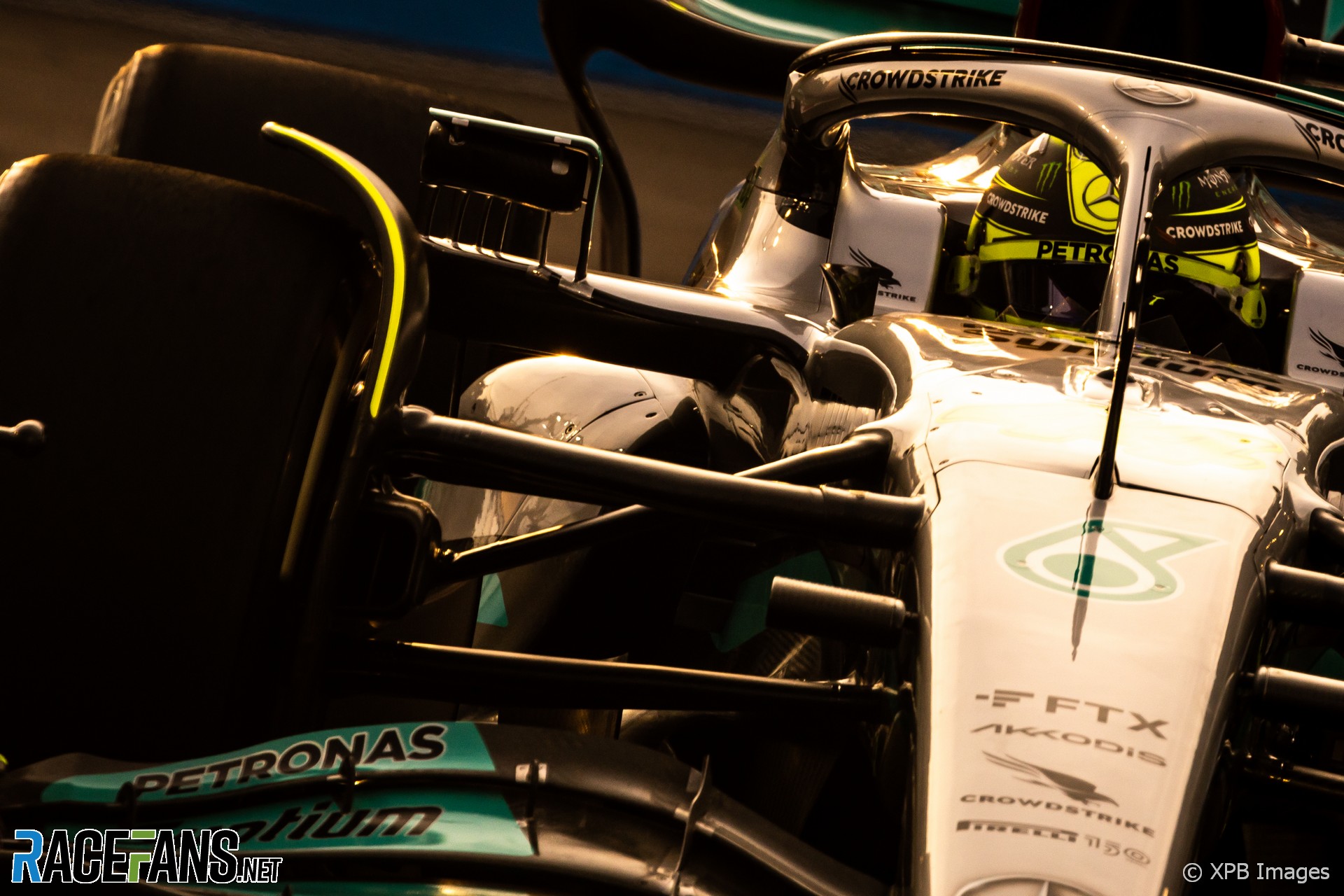 Lewis Hamilton is remaining cautious about Mercedes’ prospects for the Singapore Grand Prix despite topping a practice session for the first time this year.

The Mercedes driver topped the times during the earlier session, before ending the second practice hour in fifth position, almost six-tenths of a second slower than Carlos Sainz Jnr, who was fastest. Hamilton’s team mate George Russell was third fastest behind the two Ferrari drivers of Sainz and Charles Leclerc.

Hamilton said his Mercedes team are still significantly behind their rivals Red Bull and Ferrari on single-lap pace.

“[Practice] started off well – it wasn’t as great in the second session,” he explained. “Pretty much like every other weekend, I would say.

“The car is as it is and bouncing around like crazy. It doesn’t feel like we’re massively off here this weekend – we’re still probably a second down, I would say, something like that. We’ve just got to keep working on it.”

Hamilton believes there is more time for him to find from his W13 ahead of Saturday and qualifying for the race.

“Set-up-wise, definitely I think George was able to find a little bit more time,” he said. “I think there’s definitely on my side more time in it. I just didn’t really got a clear lap.

“With the set up I have, I have a lot of locking, but we’ll fix it tonight and come back and give it a better try tomorrow.”

Asked where he would predict Mercedes would be targeting during qualifying, Hamilton said the team would be “hoping we can be P5 and P4, something like that”.

“If we can get any higher, that would be amazing,” he added.

6 comments on “Mercedes are a second off their rivals in Singapore, says Hamilton”