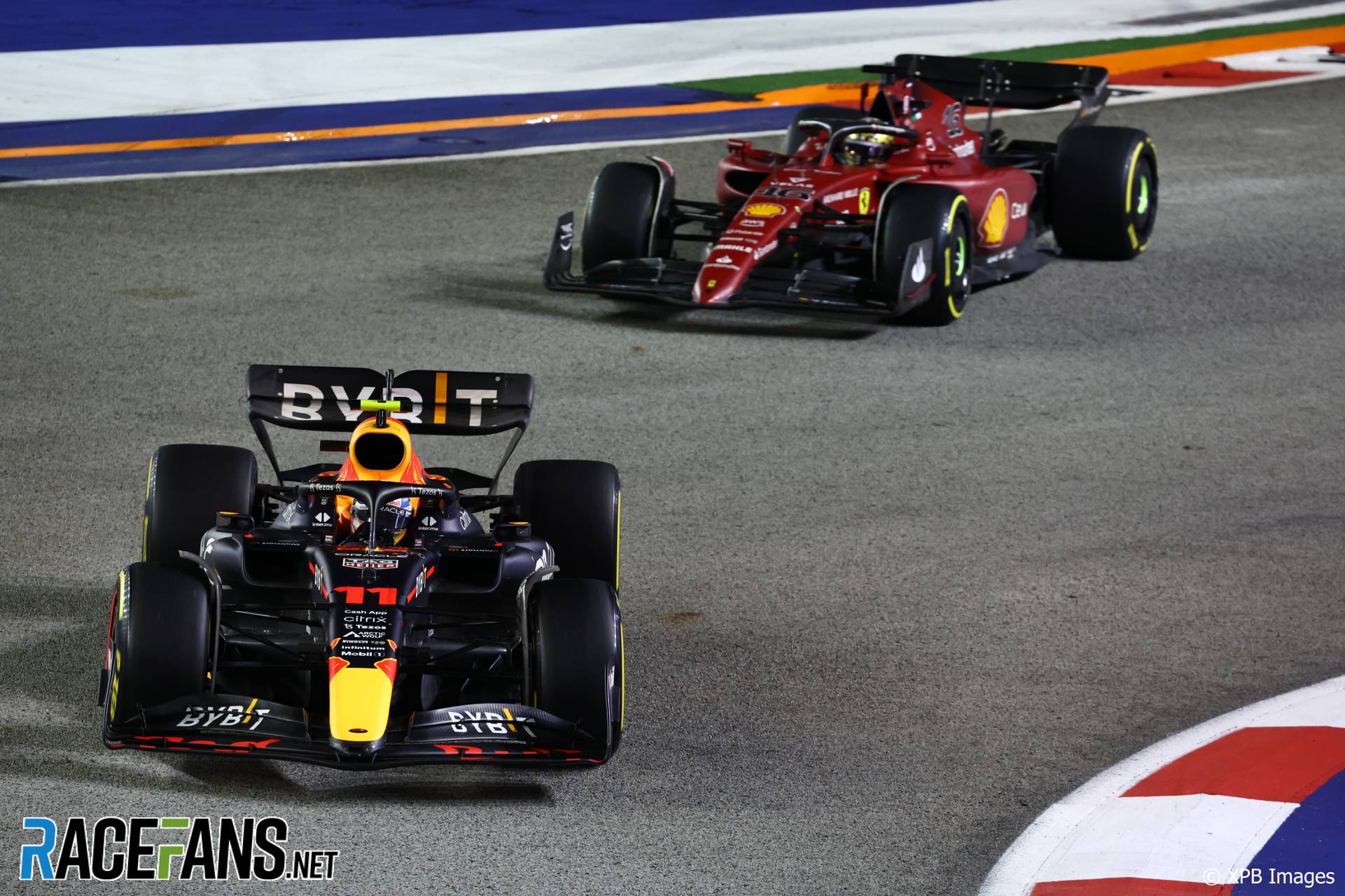 Charles Leclerc said he threw everything he had at Sergio Perez in his attempt to pass the Red Bull driver to win the Singapore Grand Prix.

The Ferrari driver hounded his rival after the final restart after drivers switched to slick tyres on the drying track. But despite Perez locking his brakes several times into turn 14, Leclerc couldn’t find a way by.

Leclerc said he had to take risks to get close to Perez because trying to overtake meant going off-line onto the damp part of the track.

“Everything was really on the limit,” he said. “I mean, with the dirty air in conditions like this, the slightest mistake, you pay it big time.

“So I did few mistakes, I was just trying to be as close as possible because I had to make, basically, the overtake on the straight. I couldn’t really go on the braking zone and brake later because I didn’t really know how was the track in the inside and I didn’t want to take that risk.

“I had one lap where I was really close and I actually thought about going in the inside and braking later, but for me it was not worth it so I was just waiting for the right opportunity. That unfortunately didn’t arrive at the end.”

After one mistake Leclerc dropped out of DRS range of Perez. From there on he never got close enough again, and he finished over seven seconds behind his rival.

“I was quite surprised because as soon as I lost the DRS I think it was exactly at a time where also Checo’s tyres started to work properly and unfortunately then I lost it a little bit,” he said.

Leclerc said his car was stronger after switching from his worn intermediates to fresh slick tyres.

“I pushed quite a lot and then in the last 10 laps he started to pull away again. But overall I think the performance was also good on the inters, it’s just that obviously it was not super-wet so the tyre temperatures would go pretty high and then I would lose quite a bit of grip whenever I was behind him.

“After safety car we would always be pretty strong. But I think there’s also things that we can analyse from this race because Red Bull seem to be very, very good after six or seven laps, we are very good in the first six or seven laps and we’ll look into that.”