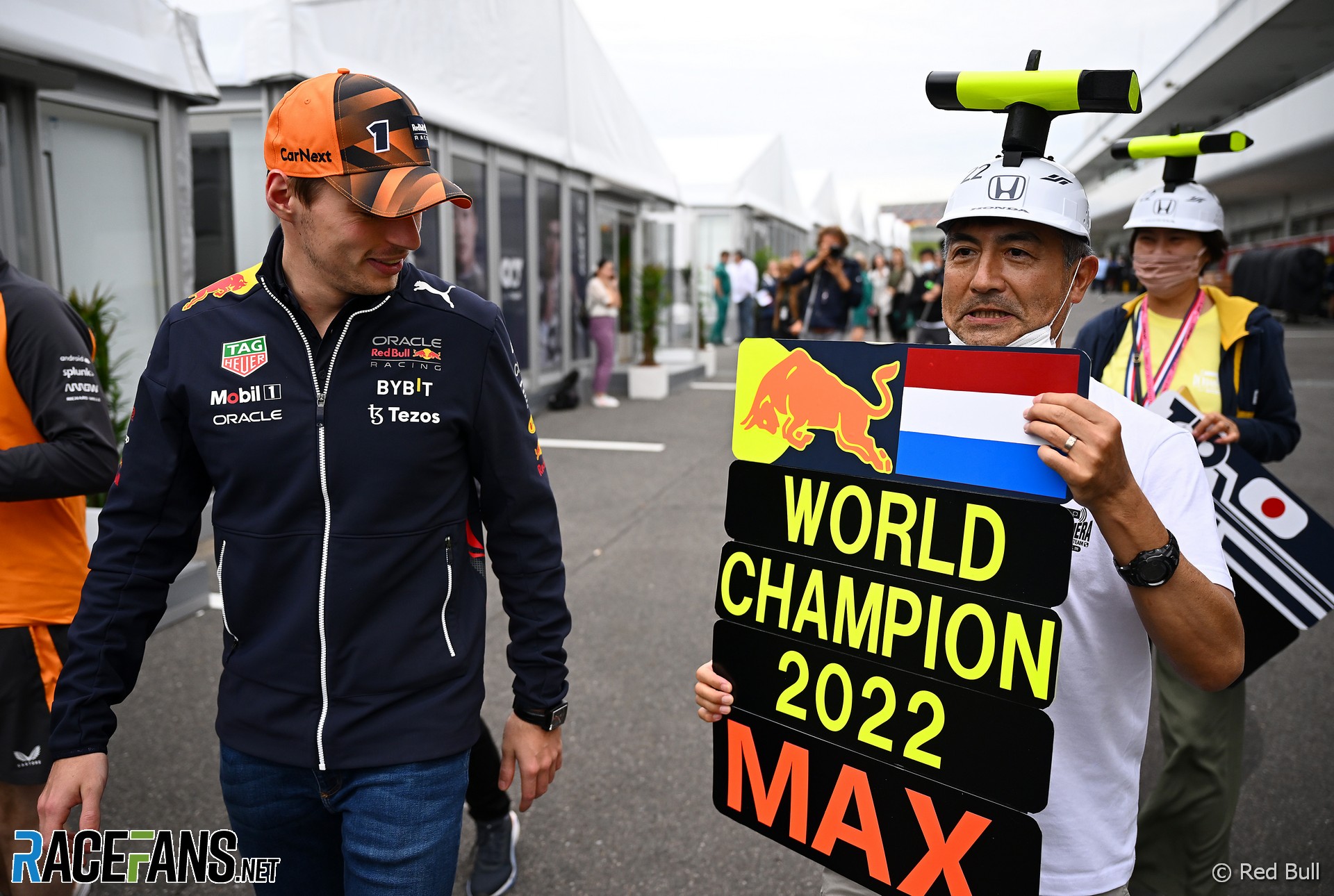 Max Verstappen has another chance to clinch the 2022 world championship in this weekend’s Japanese Grand Prix.

But with 104 points in hand over Leclerc and another two over Perez, Verstappen’s chances of taking the title in Japan are much stronger. If he leaves Suzuka with a 112-point lead he’ll get the job done.

Here’s how he can do it.

The simple situation for Verstappen this weekend is that if the race goes the distance and he wins and sets the fastest lap, he will be the champion regardless of where anyone else finishes. But if he doesn’t do both those things, the title fight could remain open.

For example if Verstappen wins but doesn’t take the fastest lap, Leclerc can keep the championship alive by finishing second, even if the Ferrari driver doesn’t get the fastest lap bonus.

If the race does not run to the complete distance and less than full points are awarded, Verstappen’s chances of winning the championship diminish.

If three-quarter-points are awarded, Verstappen needs to finish in the top five in order to be able to win the championship. In this scenario if he wins the race and sets fastest lap, the only way Leclerc can keep the title alive is by finishing second.

If half-points are awarded, Verstappen can only win the championship by finishing on the podium. With a win, he would need Leclerc to finish off the podium in order to take the title.

If quarter-points or no points are awarded in Japan, Verstappen will not win the championship at Suzuka.