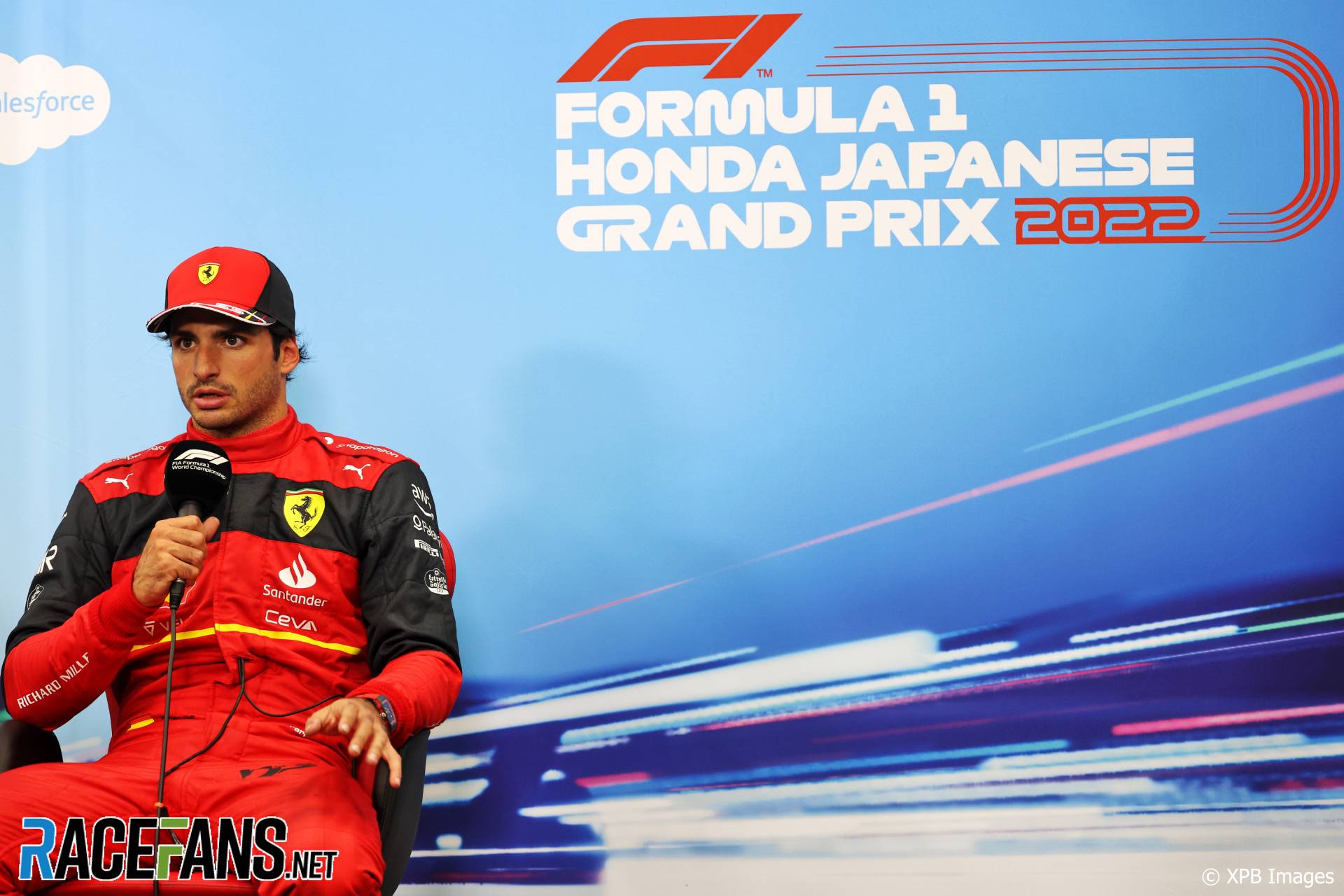 Carlos Sainz Jnr admitted he was disappointed to narrowly miss out on pole position again at the Japanese Grand Prix.

The Ferrari driver will line up third on the grid for tomorrow’s race. He lapped just 0.057 seconds slower than pole-winner Max Verstappen.

“It was a good lap,” said Sainz. “Clean all the way until the last chicane, probably I overcooked a bit the tyre going into that last chicane and it cost me quite a bit of lap time. But another half a tenth that we could have got there.”

In the last seven qualifying sessions where he hasn’t taken a grid penalty, Sainz has taken two pole positions and missed four more by less than a tenth of a second. Charles Leclerc, Max Verstappen and George Russell have taken the other poles in that time.

“I’m a bit fed up of being half a tenth off from pole,” Sainz admitted. “I think it’s been a few qualis now consecutive since Zandvoort, also before the summer break, where we are all three very tight with each other but somehow it tends to fall into Max or Charles’ hands instead of mine which hopefully towards the end of the season I will end up getting one.”

However Sainz said it was encouraging the team began the day so strongly after conditions at the track changed overnight from wet to dry.

“I think we managed to hook up a good balance in [final practice] which is a good sign. It means we understand the car and we know the baseline set-up normally works well in every track now.

Sainz said the narrow but fast Suzuka circuit is a particularly challenging course for drivers to find the last tenths of a second on their final flying lap. “Here there’s not only track evolution, but a lot of driver evolution,” he explained.

“I think especially when we have a bit of margin in Q1 and in Q2, when you really go for it in Q3 you really go down on lap times like we did. We went to find those last two or three tenths from the car that were particularly exciting to find around this track because you really put yourself on the limit and you put the car properly on the limit with a lot of G force.

“It’s one of these tracks that gives you just a lot of pleasure to drive in that limit and it’s the best in Q3.”