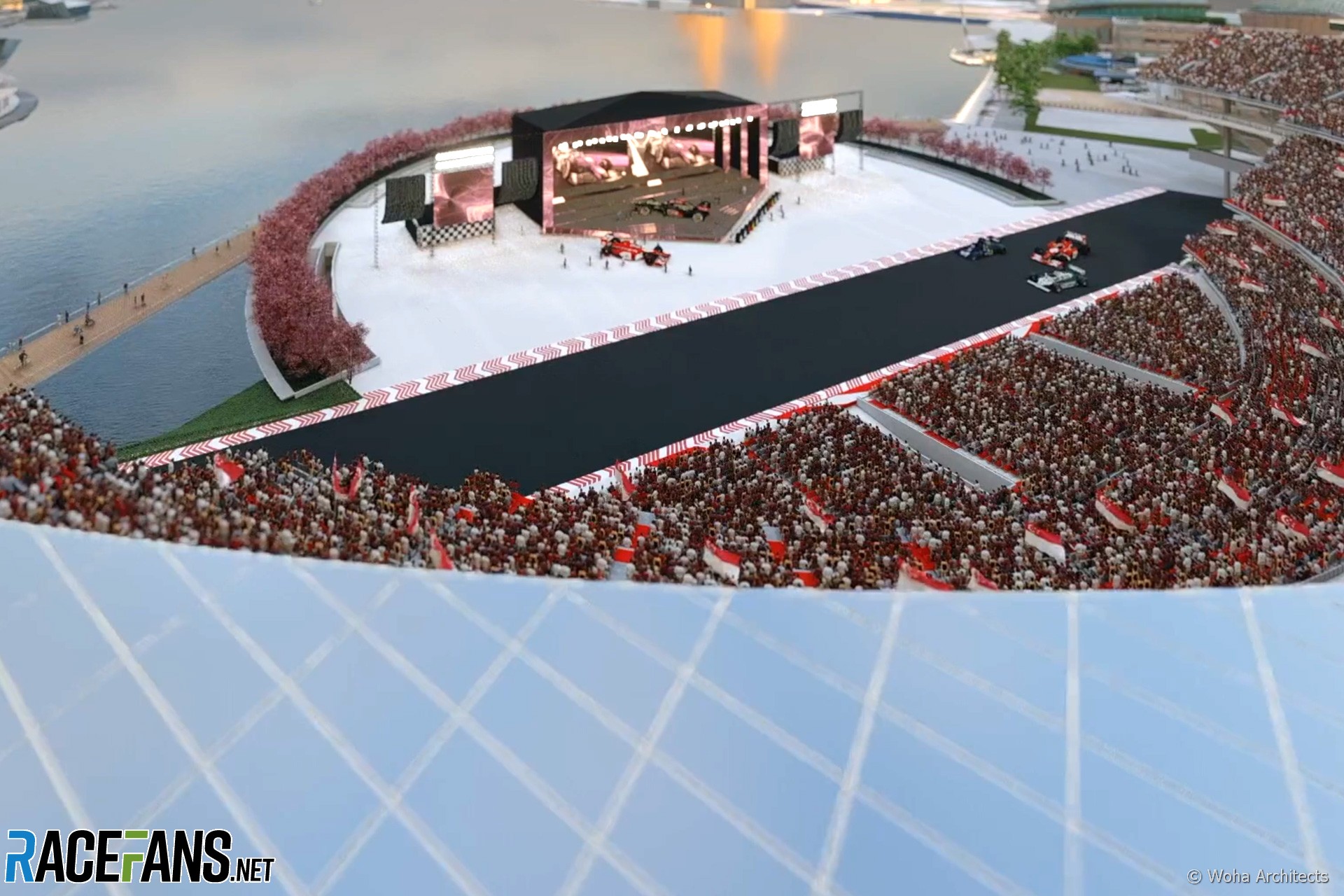 The Marina Bay street circuit which plays host to the Singapore Grand Prix will lose four corners from its final sector next year when construction work begins on the stadium section of the course.

A revised track map issued by the promoter indicates next year’s edition of the Singapore Grand Prix will run without the sequence between turns 16 and 19 on the 23-turn street circuit. The section runs past a floating platform on the marina before passing under the grandstand at turn 18.

The 2023 event will run without the stadium section entirely, with the circuit running from the right-hand hairpin of turn 14, past the left-hand kink of turn 15 before continuing straight until the chicane currently known as turns 21-22. This is due to extensive renovations of the floating platform, which is set to begin in March and is expected to be completed in mid-2026. The construction of the new ‘NS Square’ was originally due to be completed by 2025, but was delayed due to the impact of the pandemic.

Once completed, the grandstand overlooking NS Square will be greatly expanded, with capacity increased to 30,000 seats. Renderings of the planned overhaul by architects Woha indicate that once the construction is complete Formula 1 cars will race past the grandstands and exit underneath them as they did previously.

The revised section will create an atmosphere comparable to the Foro Sol stadium section at the Autodromo Hermanos Rodriguez in Mexico City, which will host the Mexican round of the Formula 1 championship next week. The stadium, used for baseball matches and music concerts, also serves as part of the circuit for Formula 1 and Formula E races, in which both series run through the stadium towards the end of the lap before the pit lane. Formula 1 also uses the Foro Sol stadium section as the site of the podium where trophies are awarded to the top three finishers at the end of the grand prix in full view of the spectators in the grandstands.

The revised layout of the Marina Bay circuit will have a significant impact on lap times during the Singapore Grand Prix. The race is notoriously one of the longest of the season, due to the slow average lap speed and the high frequency of Safety Car interventions that regularly push the race towards the maximum two-hour race time. Removing the four corners that navigate the floating platform over the marina will not only reduce lap times around the circuit, but could potentially create more opportunities into the right-hander of turn 20.

The final layout of the section once the new stadium has been constructed has not yet been revealed. Both modifications are subject to approval by the FIA.