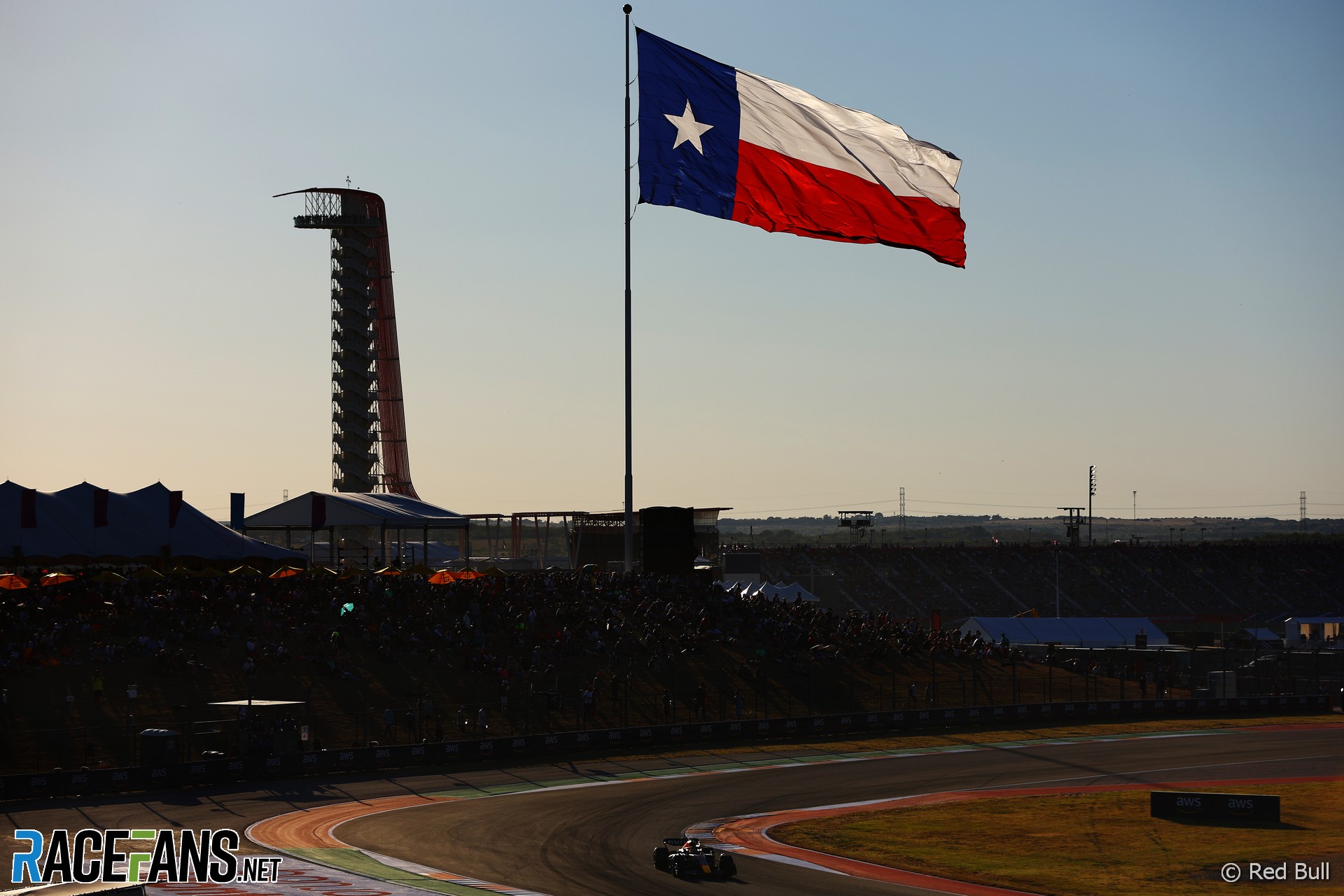 As part of the FIA’s efforts to provide Pirelli with representative data to develop next year’s tyres, the vast majority of the field ran only on experimental compounds, meaning lap times from the session were not representative of performance. Leclerc was ultimately quickest Valtteri Bottas and Daniel Ricciardo in third.

The trio were among five drivers who missed the opening practice session as other driver in their cars. The others – Kevin Magnussen and Nicholas Latifi – joined them in stepping back into their cars after giving them to over to Friday practice drivers.

Unusually, the session was extended by 30 minutes to allow all drivers to run special 2023 prototype Pirelli tyres. The test was originally intended to take place during the previous round at Suzuka, but was rescheduled to the US race weekend due to rain in Japan.

Pirelli brought their hardest compound experimental tyres to the Circuit of the Americas, with the prototype soft tyres to be run next weekend in Mexico. Teams were quick to send their cars out on the experimental rubber, with Leclerc, Ricciardo and Bottas initially opting instead to run with their actual tyre allocation to try and get up to speed having missed the opening session.

Leclerc set the quickest time on the medium compound with a 1’36.810 to sit atop the times, seven tenths of a second ahead of Bottas, with Ricciardo a further tenth behind. The rest of the field focused on runs on the prototype tyres to gather a wealth of data for supplier Pirelli, with drivers asked to focus on longer runs to gauge tyre performance as the sun slowly began to set over the circuit.

Lewis Hamilton battled for rear stability on his Mercedes, suffering a snap of oversteer through the penultimate corner of turn 19 and having to wrestle the car back onto the track. Soon after, Lando Norris had a similar moment at the same corner as he also leaned on his experimental tyres.

Eventually, the drivers who missed the first session switched over to the prototype tyres and completed a series of set runs requested by Pirelli. There were no improvements in lap times and the field completed their required test runs without incident. At the end of the session, Leclerc remained on top of the times, with Bottas in second and Ricciardo in third.