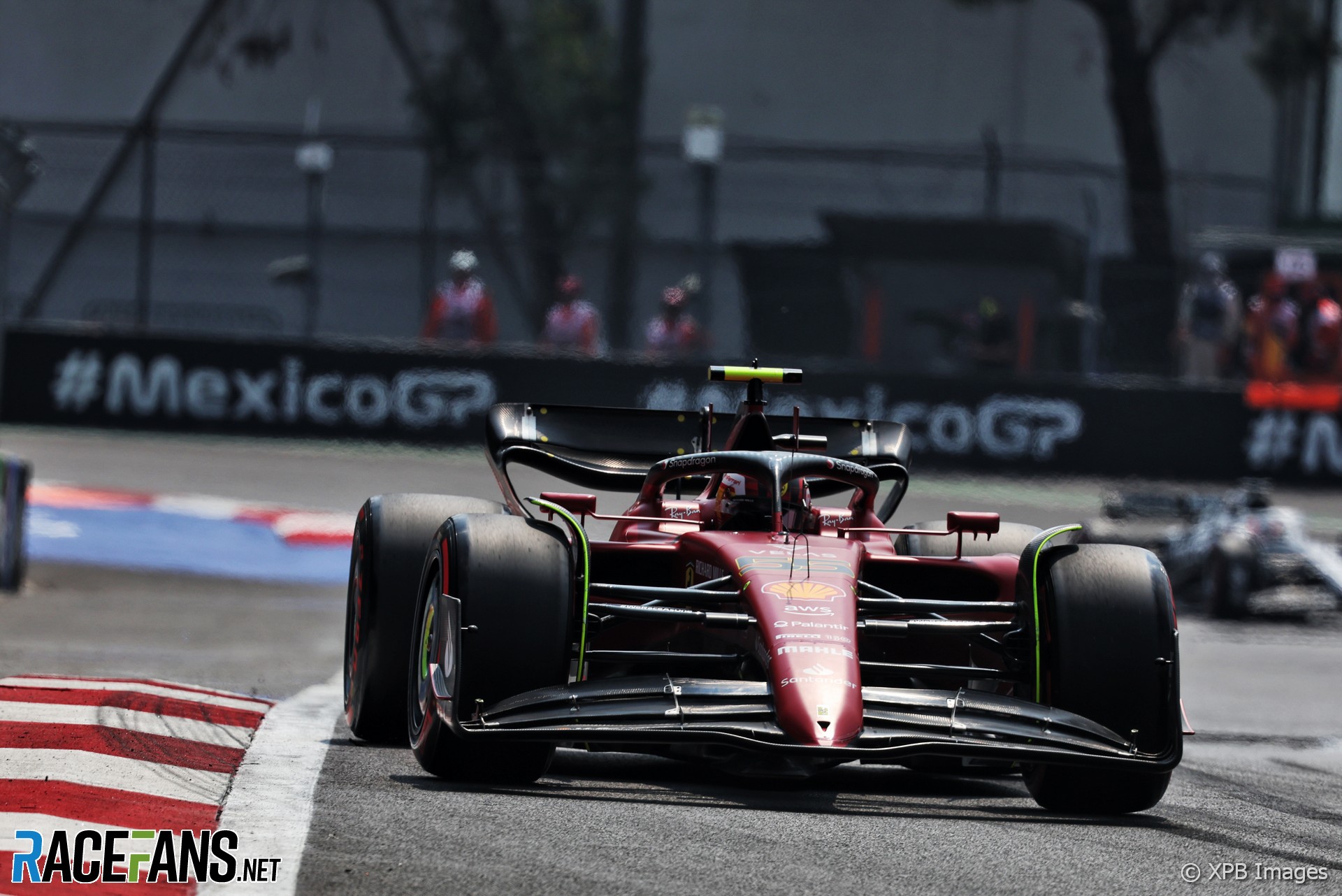 Carlos Sainz Jnr put Ferrari fastest at the end of the first practice session for the Mexican Grand Prix as technical problems affected many in the field.

Sainz’s best time of a 1’20.707 was half a tenth quicker than team mate Charles Leclerc, with the two Red Bulls of Sergio Perez and Max Verstappen third and fourth having set identical times to each other.

It was a clear, warm start to the weekend at the Autodromo Hermanos Rodriguez, with temperatures sitting in the mid-20C range as the cars spilled out onto the circuit.

There was a rush out onto the clear circuit, with teams wasting no time to get out on track. Leclerc’s first run out was ended early when his team called him in due to a puncture, while Lawson had a shock at the end of the main straight when his brakes reportedly failed, forcing him to return back to the garage.

There were also problems for local favourite Perez who was delayed with bodywork damage to his Red Bull, while Daniel Ricciardo was side-lined by braking problems which required McLaren to pull apart his car to try and fix. Mick Schumacher’s car also received attention on its rear wing for an apparently problem with the DRS flap.

World champion Verstappen set the early pace on a 1’22.291 on the hard compound tyres ahead of team mate Perez. After having his punctured hard tyres replaced, Leclerc was sent out on soft tyres and went comfortably fastest with a 1’20.753 as many others began to switch to the softer compound.

Red Bull headed out onto the track with soft tyres for the first time, but Verstappen’s first flying lap was ruined when he spun at turn nine. Sainz went fastest of all on the soft tyres with a 1’20.707 just under half a tenth ahead of his team mate, before the two Red Bulls went third and fourth for Perez and Verstappen, respectively, after Verstappen’s second attempt at a flying lap.

The session was temporarily halted when Fittipaldi was told to stop his Haas in the second corner. After a delay of five minutes, the session eventually resumed but without Doohan, whose session was ended by Alpine after detecting anomalies in his power unit data.

There were no improvements at the front of the order in the final minutes of the session, until Lawson pulled off the circuit at the entrance to the stadium section in the final sector. With his AlphaTauri’s brakes smoking heavily, his left-front brake assembly caught fire after Lawson vacated the car until it was put out by a marshal’s fire extinguisher. The session was red-flagged a second time, but with under four minutes remaining, it was not resumed.

That left Sainz as quickest for the first session of the weekend, less than a tenth of a second ahead of team mate Leclerc. Perez was third, a tenth behind Sainz, with Verstappen fourth having set an identical time to his team mate.

Lewis Hamilton ended the session in fifth, ahead of Fernando Alonso, Valtteri Bottas and Lando Norris. Pierre Gasly and Sebastian Vettel rounded out the top the.

All five stand-in drivers occupied the final five spots on the timing screen. However for those of them hoping to add to their FIA superlicence tallies – none of them reached the 24 laps necessary collect the bonus point for covering 100 kilometres of running.