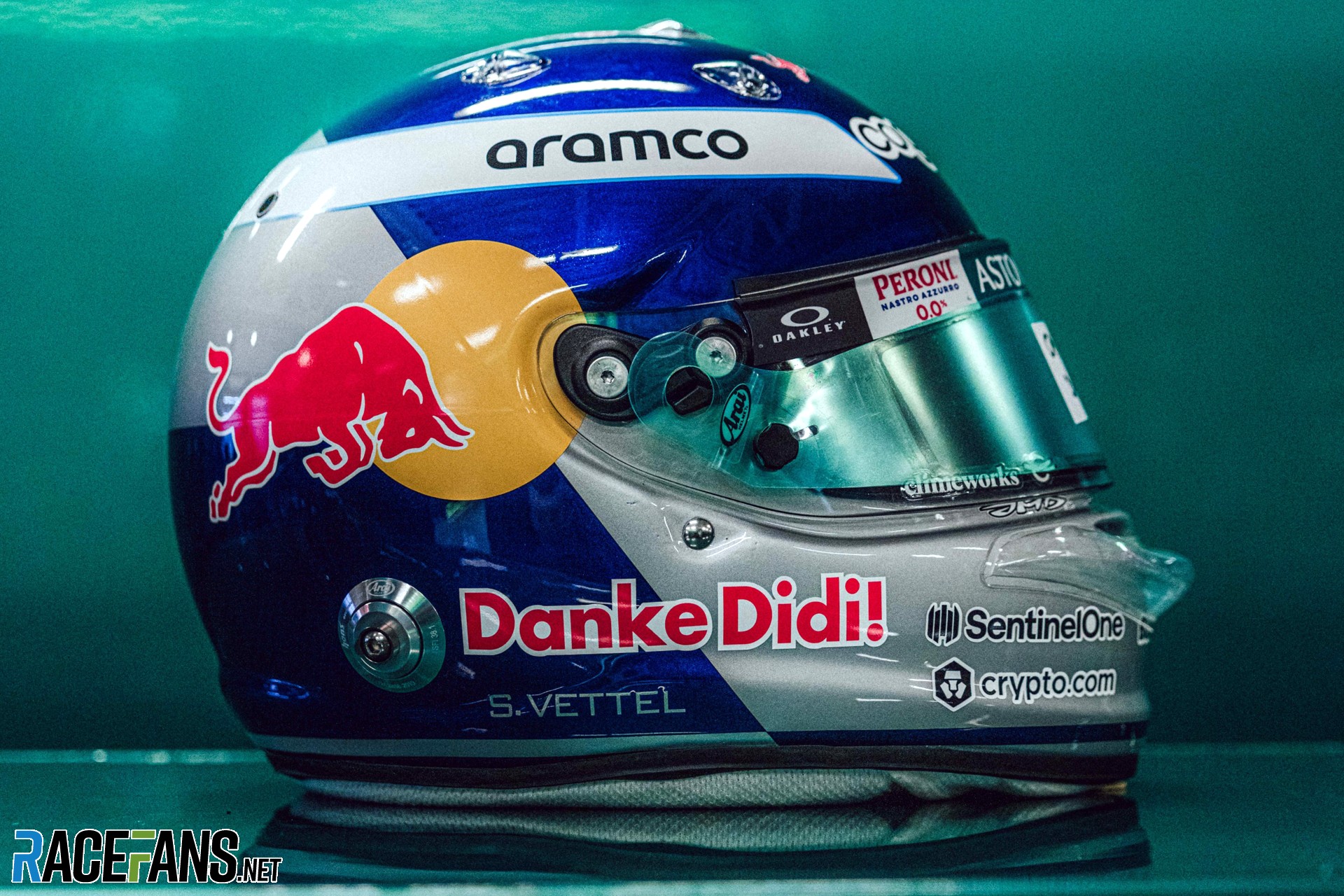 Sebastian Vettel will pay tribute to late Red Bull founder Dietrich Mateschitz by reviving one of his old helmet designs for this weekend’s Mxican Grand Prix.

The four-times world champion won all his titles with Red Bull between 2010 and 2013. The team gave him his first regular seat in F1 at their junior outfit, then called Toro Rosso, for which he took a breakthrough victory in 2008 before his promotion to the top team.

Following Mateschitz’s death, announced last Saturday, Vettel and other graduates of Red Bull’s junior driver programme joined together in a minute’s applause ahead of the United States Grand Prix.

Red Bull’s impact on F1 since the team entered the series in 2005 “has been outstanding and probably unprecedented” and was down to Mateschitz, said Vettel.

“I think Dietrich, to me, we had a very good relationship and what I really appreciate today is that it was always eye level, even though he was far more experienced and knowledgeable than I was, especially early on.”

Vettel said he was deeply affected by the news of Mateschitz’s death at 78, following a long illness.

“It’s been a real shock, last week, to hear the news and a massive, massive loss,” he said. “To me he’s been a great inspiration because he’s always been himself.

“So many things happened and evolved in his life and got so big around him but it is really his creative mind probably shaped that path until the very end. So it will be a huge loss for the Red Bull family, not just for racing, all of us in Formula 1, with the impact of two teams on the grid and the drivers like I said.

“But I think, speaking for so many other sports where the brand, Red Bull, had such a huge impact and helped kids, girls, boys, men, women along the way and helped them to chase their dreams. It’s all down to Dietrich and the idea that he had in his head, what he wanted to do with this brand and that’s what he created.”

For this weekend’s race at the Circuit of the Americas, Vettel is wearing a design in the style of his early Red Bull helmet, but with the company’s text change to read “Danke Didi” – “thank you Didi.”

“It is a very, very big loss [for] everybody who had the privilege to get to know him and be with him,” said Vettel. “[He was] extremely humble, kind and just a good and big heart.”