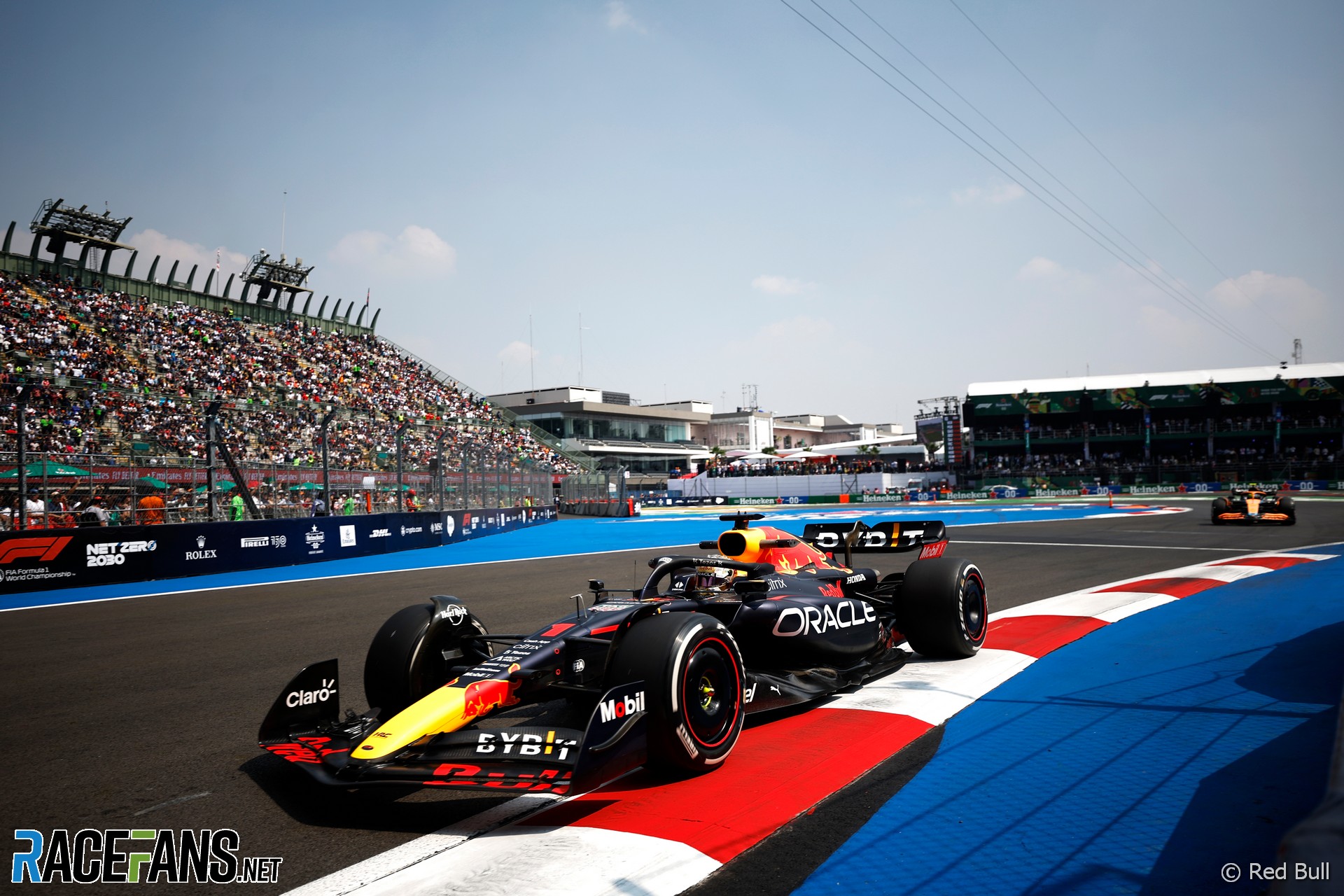 For the second consecutive weekend, the first day of running on Friday revealed little about the kind of race we can expect to see on Sunday, partly due to tyre testing.

George Russell’s overall best time from second practice of a 1’19.970 put his Mercedes comfortably quickest. But as one of only five drivers permitted to run his weekend’s tyre allocation and use DRS in the 90-minute session, it was a hollow achievement. Despite this, the Mercedes driver came away very positive about his only session of the day.

“Today was one of our better Fridays, if not the best of the year so far,” said Russell. “The car is working well and it felt good driving on this track.

“For qualifying, the difficulty will be to get the tyres in the right window for the single lap run. And on Sunday, it will be difficult to manage temperatures for the engine and for the brakes. A podium finish should hopefully be possible for us this weekend, so that’s what we will be aiming for.”

For the vast majority of the field, the first hour of practice was the only meaningful one of the day. At the end of the first hour, the two Ferraris of Carlos Sainz Jnr and Charles Leclerc were quickest, separated by almost five-hundredths of a second after their push laps on soft tyres. Having topped the most representative session, US GP pole-winner Sainz summed up his Friday as a “positive day” but was not tempted to offer predictions as to whether Ferrari would be the team to beat in Mexico.

Like the previous weekend in the United States, Max Verstappen clearly had the potential to lap quicker than his best time indicated. His 1’20.827 was set on four-lap old softs which had been heavily scrubbed by a spin. He had been a quarter of a second up on Sainz’s ultimate best time of the session and over three tenths up on his own personal best time during his first push lap on the same set, before a tank-slapper through turn 10 resulted in him spinning and ruining his lap entirely.

“As soon as I came off the track it felt like ice and I was drifting left and right,” Verstappen explained.

“We have very little information, but from what we tried everything was working okay. Let’s see what we can do come qualifying tomorrow.”

The lack of grip offered by the asphalt around the Autodromo Hermanos Rodriguez was a general theme of the day. Combined with the altitude reducing aerodynamic efficiency, the slippery asphalt caught out many, with Verstappen and Sainz just two of the drivers to make lap-ruining mistakes over the course of the day’s running.

“You have less downforce and you feel that,” Haas driver Kevin Magnussen explained when asked by RaceFans how the high altitude affected handling.

No one driver suffered more from the low grip surface than Leclerc. After being delayed by a puncture on his very first run in the opening practice session, the Ferrari driver lost the rear end of his car mid way through the second session while entering the quick left hander of turn seven and looped through 180 degrees into the barriers. While the impact was not particularly violent, the rearwards collision caused extensive damage to Leclerc’s Ferrari and ended his session. Leclerc admitted it had been “not the best of Fridays.”

“Unfortunately, we had a puncture straight out of the box in FP1, so we had to pit and did just a few laps on the soft tyres after that,” he explained.

“In FP2, we completed some short runs. When we started with the long runs, I spun which ended my session. I don’t expect it to affect the rest of the weekend in any way and I am confident that we will have a good day tomorrow, as the feeling in the car is good.”

With the constructors championship sealed last weekend, there are three very close battles in the midfield heading into the final three rounds of the season: the battle for fourth place between Alpine and McLaren, the scrap between Alfa Romeo and Aston Martin for sixth and AlphaTauri desperately trying to beat Haas to eighth place.

Having been ninth in the first session and comfortably ahead of Mick Schumacher, Pierre Gasly was buoyed by AlphaTauri’s showing potential for points as they look to overcome the one point deficit they have to Haas.

“Today has been great,” Gasly said in response to a question from RaceFans. “This morning straight away I was on the pace, felt good. It’s super tight as always in the midfield. I hope tomorrow, once we put full bananas, we can fight for the top ten and that will be nice.”

For the third successive round, Saturday’s single practice session will be vital as teams try to dial in their set ups for the qualifying. Fortunately for drivers, they will not have to sacrifice any more Friday running for the sake of testing tyres over the final two rounds – something Schumacher feels relieved about.

“It’s boring because we can’t do any working out,” Schumacher said. “It takes away one hour from us to try and produce a car that works well in qualifying. And because we’re such a small team, any moment that we get to practice is valuable for us.”