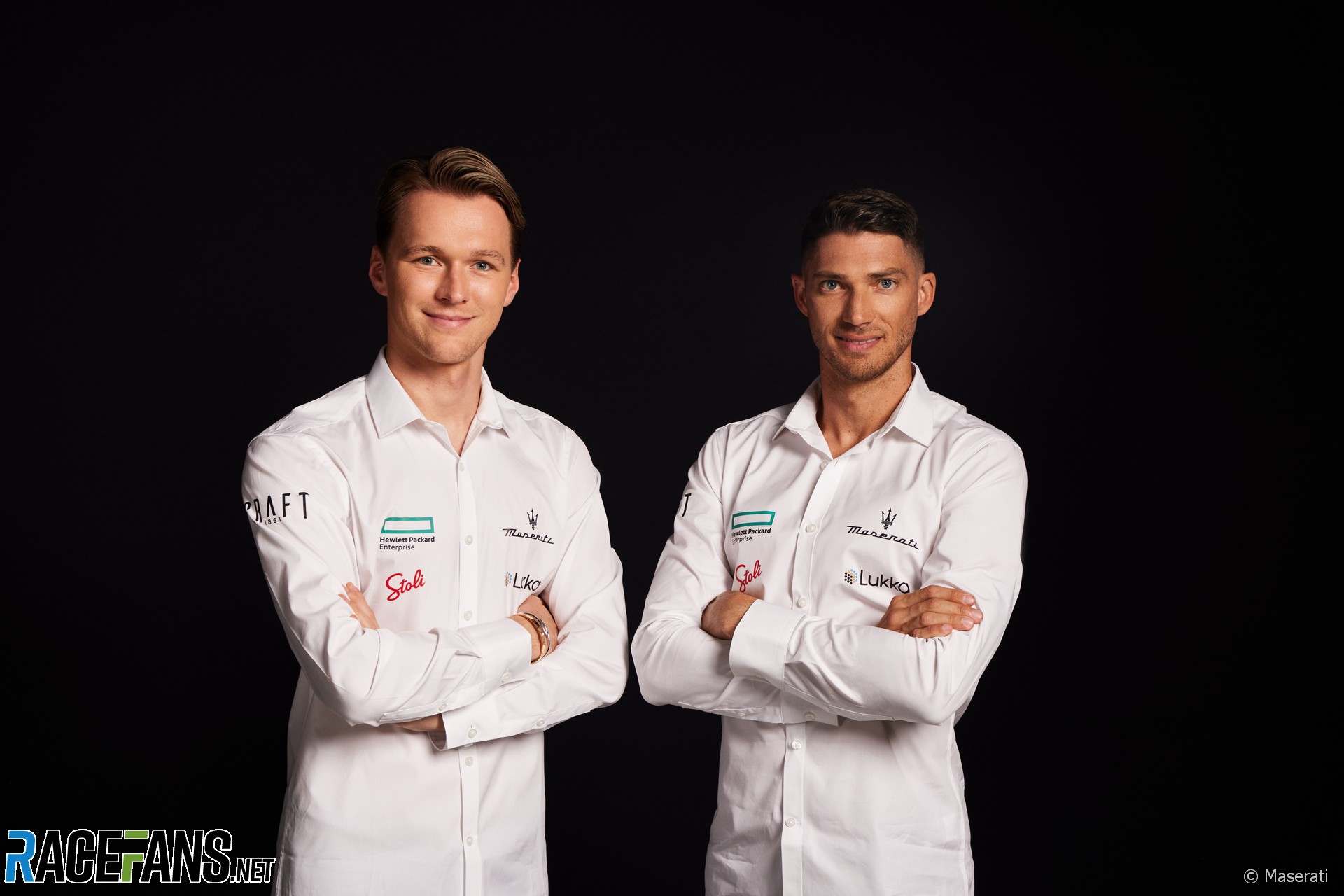 Maserati have confirmed Edoardo Mortara and Maximilian Guenther will race with them in their first season in Formula E next year.

The Italian manufacturer will join the all-electric single-seater series for its 2023 season, which will be the first run under the new ‘Gen3′ technical regulations. Maserati have taken over the Venturi entry, which finished runner-up to Mercedes in the teams’ championship for 2022.

Mortara remains at the team through its transition from Venturi to Maserati, while he will be joined by Guenther, who has moved to the team from a single season with Nissan eDams in 2022.

Joining Maserati is a “privilege,” said Mortara, who won four EPrix this year with Venturi. “As a half-Italian, it’s a privilege and a pleasure to be joining this group,” Mortara said. “I cannot wait, actually, to start racing in Mexico.”

New team mate Guenther said the pair aim to bring Maserati up to “where it belongs” in the championship. “I think Edo and myself, we’ve both been winning races in the past,” Guenther said.

“Maserati is a big and famous brand, so for sure we’ll try to put the name where it belongs – to the very top. We will be pushing very hard with the new Gen3 car, which is obviously very exciting – very powerful, lots of new challenges. I really can’t wait to get everything started and to be racing in Mexico City.”

The 2023 Formula E championship will the ninth running of the series and the third since it was granted official status as a world championship by the FIA. Formula E’s first official world champion, 2021 series winner Nyck de Vries, will race in Formula 1 next season after signing as a race driver for AlphaTauri.

Current Formula E champion Stoffel Vandoorne will move to DS Penske from Mercedes, who will transition into McLaren Electric Racing next year. The 2023 Formula E championship will begin on January 14th with a single round in Mexico City.