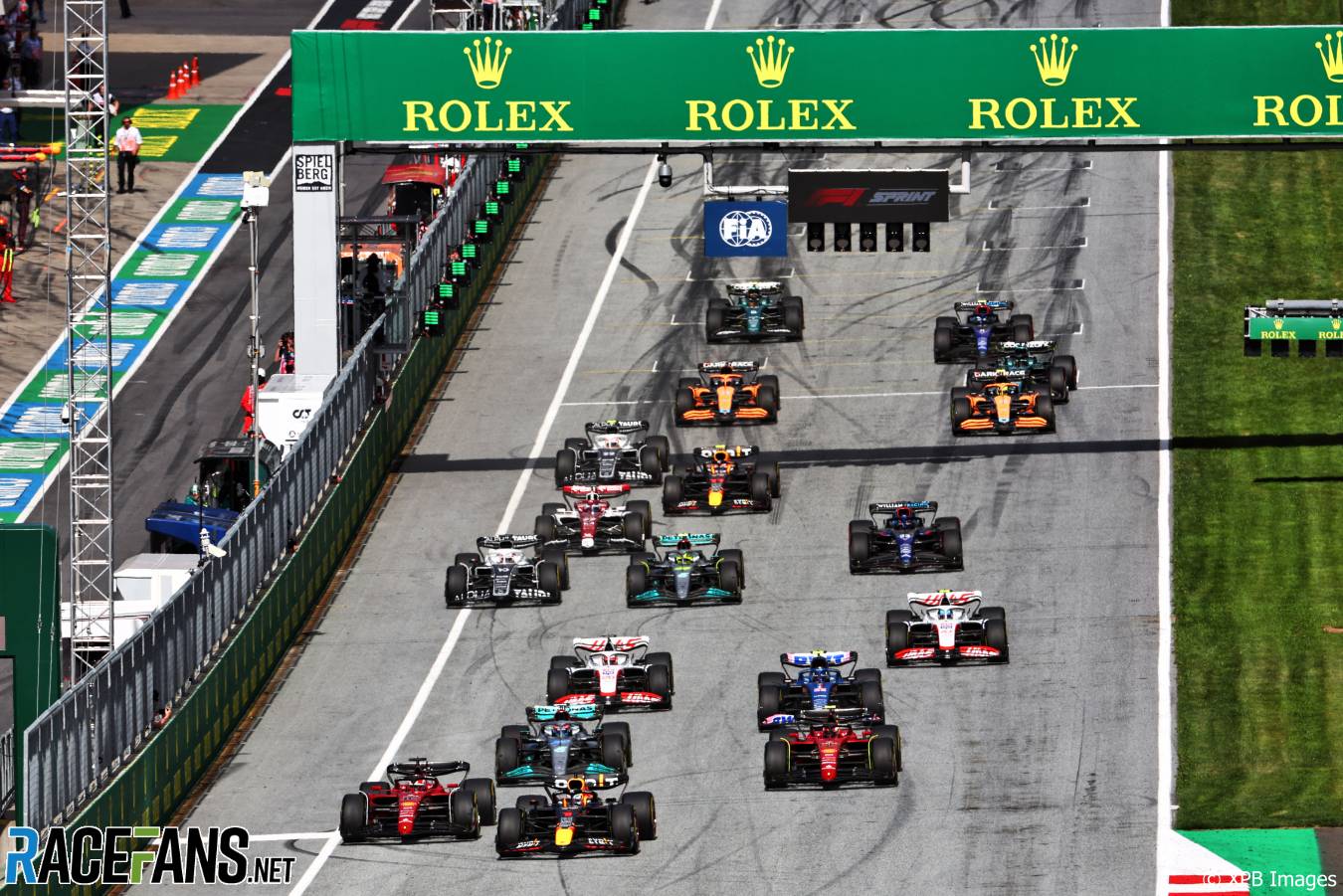 Formula 1 drivers including Max Verstappen, Lando Norris and Sebastian Vettel are underwhelmed by the prospect of the final sprint race of the season in Brazil.

This weekend’s Brazilian Grand Prix is the third and final sprint weekend of the year. Traditional qualifying will be held on Friday afternoon after a single practice session, before a 100-kilometre race on Saturday which will set the grid for Sunday’s grand prix.

The sprint race in Brazil will be the sixth time Formula 1 has used the format since introducing it at the British Grand Prix last year. The 2023 F1 calendar will feature six sprint rounds, though the venues are yet to be confirmed.

World champion Verstappen, who has won three of the five sprint races held across 2021 and 2022, says that despite the format suiting him, he is still not a fan of sprints.

“I don’t like it,” Verstappen said. “For me, the weekend format I don’t really enjoy. I don’t mind the one practice and going straight into qualifying – I think it probably is even better for me. I just don’t like that there’s no feeling with it.

Verstappen says drivers are incentivised to race carefully in sprint races, as the reward of gaining a place in the sprint may not be worth the risk of a collision or mistake and falling heavily down the grid for the grand prix as a result.

“All the time when I do these races, it’s about, ‘oh, let’s not have damage, just make sure that you stay in the top three’,” Verstappen explained. “For me, that’s not really a race.

“I think we should just stick to one race. I don’t understand what the problem is with that, because I think we’ve had so many exciting races, so you don’t need to add one-third of the race distance. Everyone is super-careful anyway, because if you are fighting for third and you have a little touch, you drop back to be last and you know your race on Sunday is going to be really tough, so probably you’re not going to risk it. And that’s not what the race should be about.”

McLaren’s Lando Norris agrees with the Red Bull driver, explaining that he remains a fan of the traditional race weekend format.

“I like Formula 1 how it is. Just because I’ve grown up watching that and being part of it. Sometimes I don’t like change, but I also don’t mind at the same time.”

Sebastian Vettel and Mick Schumacher were among those who indicated they were more excited by the Interlagos track than the sprint format. The Sao Paulo circuit will become the first venue to have held more than one sprint race.

Last year Lewis Hamilton started from the back of the grid in last year’s sprint race and rose to finish fifth. He believes Formula 1 must only look to hold sprint weekends at circuits that are proven to offer many overtaking opportunities.

“I think we have to be very selective of where we have the sprint races,” Hamilton said. “You can look at the season and see where all the overtakes are and you can put the sprint races in those places.

“I like the format, because it’s just different. We’ve had the same Thursday to Sunday for God-knows how long. The race is not always the greatest, but it does create a little more option. But sometimes there’s no overtaking, so we should hopefully learn from the races where there has been no overtaking in most of the races and put them in places like Brazil, which does create a lot of opportunity. Or somewhere like Baku.”

34 comments on ““We should stick to one race”: F1 drivers not relishing final sprint round of 2022”