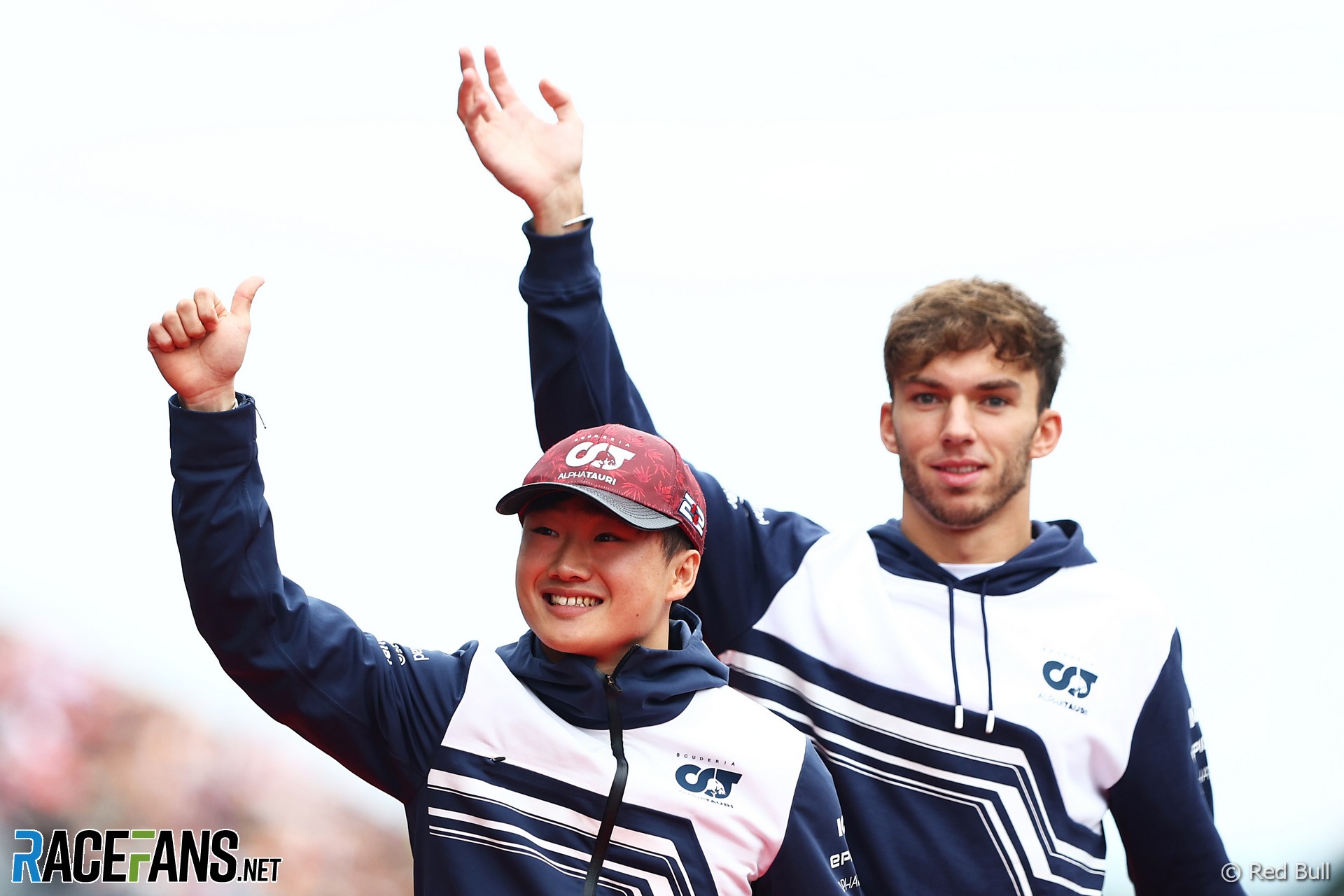 Pierre Gasly expects Yuki Tsunoda will raise his game at AlphaTauri next year, having seen the progress his team mate has made this year.

With Gasly set to leave the team at the end of 2022, after six years and 96 grands prix, Tsunoda will become their longest-serving current driver. Nyck de Vries will make his debut as a full-time driver alongside him.

De Vries is five years older than Tsunoda and has won the F2 and Formula E championships. Although Gasly believe Tsunoda has made rapid gains since making his debut in F1 last year, only time will tell whether he’s got what it takes to lead the team” Gasly says.

“His path to Formula 1 was kind of fast-forward,” Gasly explained. “He went Formula 4, Formula 3, F2, straight to F1 at quite a young age. Not so much experience.

“Only time will tell, but for sure he’s improved massively this year. I would not be surprised to see him improving again next season.”

Tsunoda raced as a Honda junior in Japanese F4 for two seasons, winning the 2018 title, which put him on Red Bull’s radar. The F1 team brought him to Europe in 2019 as one of their juniors, and Tsunoda won races in Euroformula Open and the FIA F3 Championship.

In 2020 he won races in the Toyota Racing Series before stepping up to F2 and fighting for the title as a rookie, earning himself an F1 seat with Red Bull’s junior team. Gasly believes Tsunoda is aware of where he must make improvements in the future.

“I think he knows what he needs to work on: A bit of self-control,” said Gasly. “He knows that, and I mean he’s got good people around him and I think this environment is also good for him to really develop as a better driver.”

AlphaTauri planned to keep Tsunoda and Gasly as its drivers next year until Red Bull released the latter from his contract so he could move to Alpine. Gasly said he’s enjoyed his time alongside his junior team mate.

“He doesn’t live that far from my house in Milan, so I’m sure we will get some more time off-season to catch up,” Gasly said at the recent Mexican Grand Prix.

“There is no bullshit with Yuki and that’s one thing I really appreciate. Everything which goes through his mind is out of his mouth in a flash of light. He’s a very unique character. He’s got a great sense of humour, no filter, which can be quite surprising at times.

“He’s a great human being, and I really enjoyed his last two years, also seeing him evolve within the team. Also, as a person I think he has developed quite a lot, and definitely someone I appreciate and I happily call as a friend.”