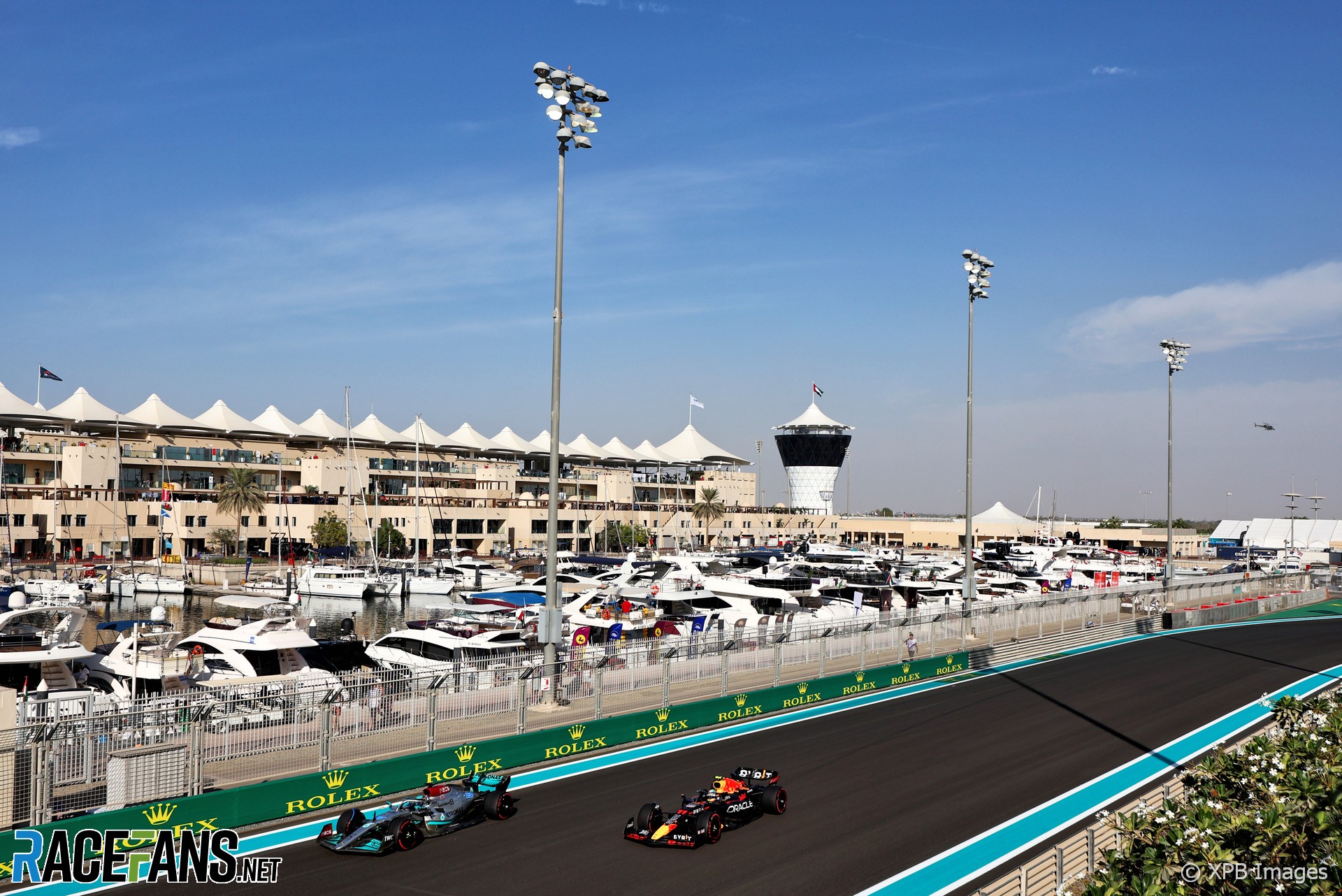 Lewis Hamilton says Mercedes face stronger competition from Red Bull in Abu Dhabi than they did in Brazil, but believes they can compete with their rivals.

Mercedes locked out the front row of the grid for the Brazilian Grand Prix one week ago and scored a one-two in the race. But Hamilton says “it’s a little bit closer” between them and the champions this weekend.

“I think the Red Bull look a little bit quicker here, which was expected, we didn’t expect this to be our strongest race. So we’ll work hard overnight. We’re generally right here so hopefully we can put on a good fight.

Hamilton was quickest in the first practice session but ended the second session fourth in the times. “P1 felt pretty good,” he said. “In P2 the balance was quite a bit off.

“I made some changes between one and two which weren’t the right ones. So a bit of a struggle in P2 just with a lot of overtseer, that was mostly my limitation. So we’ll make some changes overnight. But otherwise we were relatively competitive, we’re right there.”

While Mercedes have tended to be more competitive in races than in qualifying sessions this year, Hamilton’s team mate George Russell suspects Red Bull’s advantage could be greater over a race stint this weekend.

“I think we had a very strong day in terms of what we’ve learned,” he explained. “We did quite a lot of test items especially on my side in FP1 looking ahead to 2023. This is one of our last opportunities to test.

“In FP2 obviously cooler track temperature, the track changed completely and it felt fast out there but I think Red Bull just have the legs on us. Over a single lap they’re probably two tenths [faster], long run maybe even further. So we have a little bit of work to do overnight but compared to Ferrari it looks reasonable.”

However Russell also believes Mercedes are close enough to get within range of Red Bull. “I think we’ll be fighting for it,” he said. “I’d like to think we can fight for the top three in qualifying and who knows where that can take us on Sunday.”