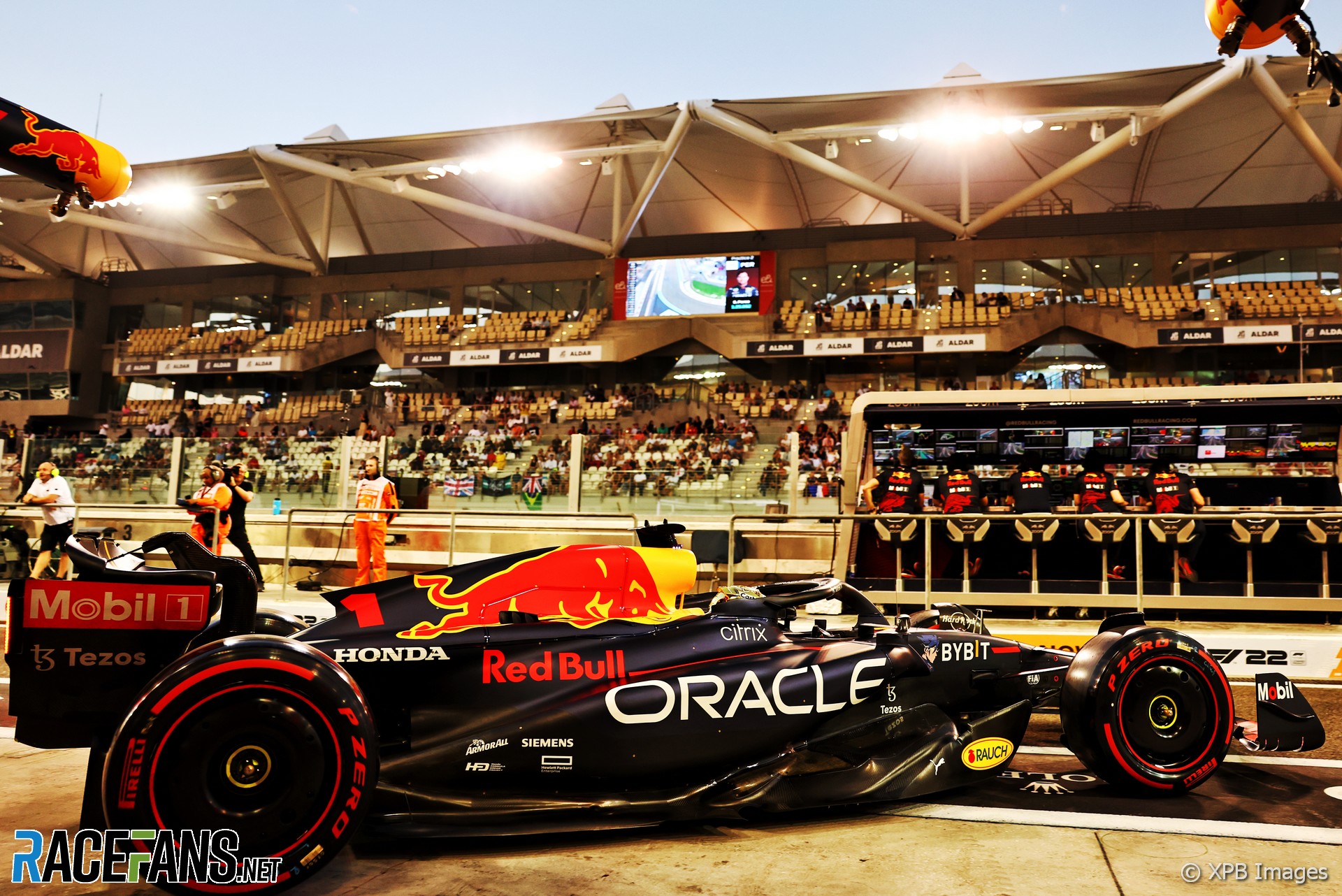 Max Verstappen more than made up for missing out on first practice by going quickest by three tenths of a second in the second session at Yas Marina.

The world champion was faster than Mercedes’ George Russell and Ferrari’s Charles Leclerc as he took to the track for the first time on Friday. Lewis Hamilton was fourth for Mercedes, ahead of Sergio Perez and Carlos Sainz Jnr.

The sun was slowly disappearing over the horizon as the green light appeared at the end of the pit lane to signal the start of the second practice session. After missing the earlier session to lend their cars to other drivers eight regulars – Max Verstappen, Carlos Sainz Jnr, Lando Norris, Fernando Alonso, Lance Stroll, Zhou Guanyu, Mick Schumacher and Nicholas Latifi – all returned to their cars for the second hour of practice.

Chalres Leclerc set the initial pace, posting a 1’26.045 on medium tyres, with Esteban Ocon going second quickest, three tenths of a second behind the Ferrari and George Russell a further half second behind the Alpine. Verstappen wasted no time in getting up to speed, running faster than team mate Sergio Perez in fifth after the two Red Bulls completed their first runs on the medium tyres.

After the first 15 minutes, Verstappen became the first driver in the session to fit on a set of soft tyres. He completed a single flying lap, going comfortably quickest by almost six tenths under Leclerc’s previous best time. Not too long after, Leclerc ventured out onto the track with a fresh set of softs, but while he improved on his own personal best time, he was still a quarter of a second slower than Verstappen who had improved his own benchmark to a 1’25.335.

The Mercedes pair of Russell and Hamilton fitted the soft tyres next. Russell moved to second place with a lap a tenth-and-a-half slower than Verstappen, although he was compromised through the final sector by traffic. Team mate Hamilton moved into fourth position almost two tenths of a second behind Leclerc in third.

As the sun set and the track was illuminated by floodlights, teams focused more on high-fuel runs than single-lap pace. However, Verstappen did improve his own fastest time to a 1’25.146, which increased his advantage over Russell at the top of the times to over three tenths.

That was how the session ended, with Verstappen setting the Friday pace despite only running in the second session. Russell and Hamilton were separated by Leclerc in fourth, with Perez in fifth and Sainz sixth fastest in the second Ferrari. The two Alpines of Esteban Ocon and Fernando Alonso were seventh and eighth, ahead of Daniel Ricciardo ninth and Valtteri Bottas completing the top ten.