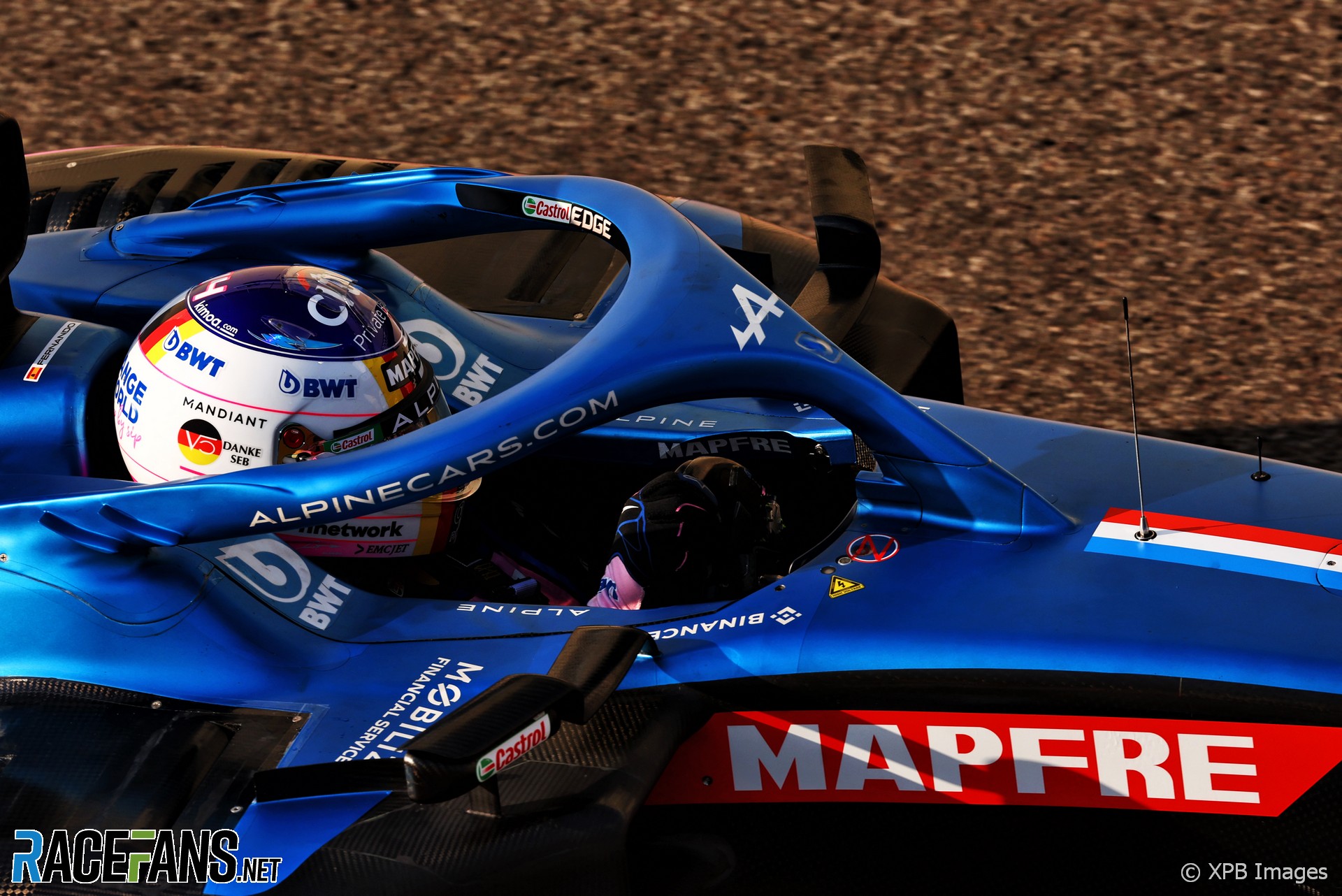 Fernando Alonso says he hopes both he and Sebastian Vettel finish Sunday’s Abu Dhabi Grand Prix, which will be a significant moment for both their careers.

Vettel’s race will be his last as a Formula 1 driver before he heads into retirement. Alonso is to move from Alpine to Aston Martin to take his place.

Alonso, who is wearing a helmet in Vettel’s colours this weekend, said drivers are giving extra consideration to the four-times champion when they encounter him on-track at Yas Marina. “I think we all, it’s not that we try to help him, but we all try to have an eye on him when we see him on the mirror or when he’s coming on a fast lap or whatever, because we want a smooth weekend for him.

“Tomorrow, I think he starts ninth, I start tenth. So I will take care of him at the start, on the first lap and let’s hope we both see the chequered flag.”

Vettel reached Q3 at Alonso’s expense, but the Alpine driver doubts he could have qualified much higher than he did.

“We start in the points, let’s hope to make some places and finish P7, P8 which is our normal goal.”

Alonso hopes he will end his Alpine career with a points finish, but noted he has retired from several races already this year.

“I was thinking before quali that it was just two more times that I will jump in the car. One was in quali and one will be tomorrow when I drive the car to the grid. So I tried to enjoy every lap, finish on a high.