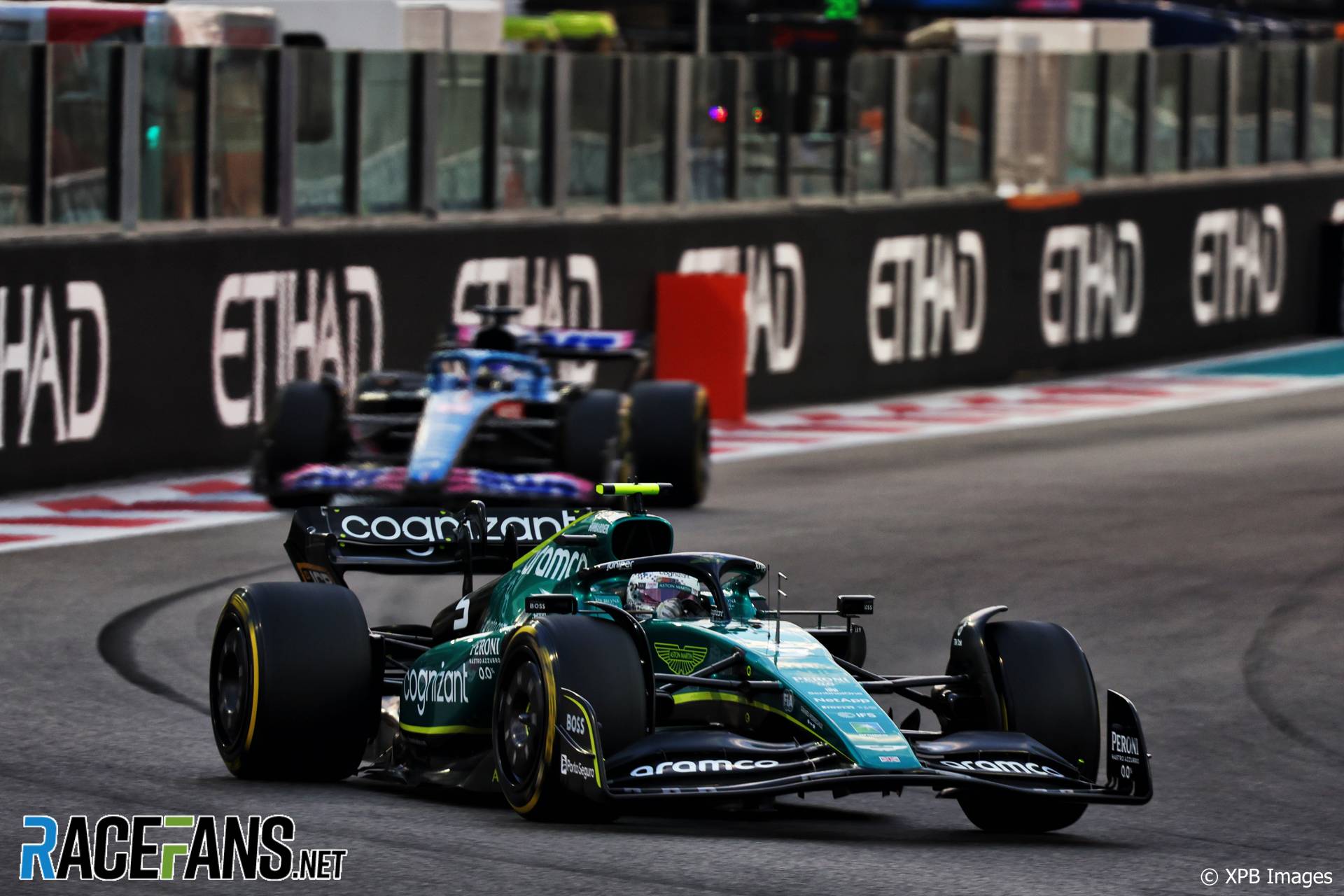 Fernando Alonso said he held back from attacking Sebastian Vettel early in the Abu Dhabi Grand Prix, before retiring from the race.

“I didn’t want to attack Seb,” said Alonso, who will replace Vettel at Aston Martin next year. “I just wanted to do a few laps behind him and enjoy.”

Alonso ran 10th in the opening stages of the race until he made his first pit stop. He had just returned to 10th place when he came into the pits to retire. His team said they suspected a water leak had developed in his car.

“Unfortunately another engine problem,” Alonso told media including RaceFans afterwards. “So it has been a little bit the summary of the year. Unfortunately on car 14, always these things happen, so one more.”

He said he was “happy to finish this chapter” with Alpine “and start with new motivation tomorrow morning with Aston.”

“The project is amazing what they are doing in terms of recruiting people, facilities, investment. So I think good times are coming so I cannot wait for next year.”

Alpine’s reliability has been unacceptably poor this season, said Alonso. “There are facts that this year they’ve been against us a bit in car 14,” he said. “Six DNFs [did not finish].

“But also [some that] didn’t count as a DNF but they were DNF, like Australia in qualifying the problem, the sprint race in Austria I didn’t even start the race and things like that.

“So I think there are nine or 10 reliability [problems] which at this level is already not acceptable and they all happened to my car. So I’m happy to finish and start tomorrow the seat fit with Aston, Tuesday the tyre test and hopefully a new project with more luck.”