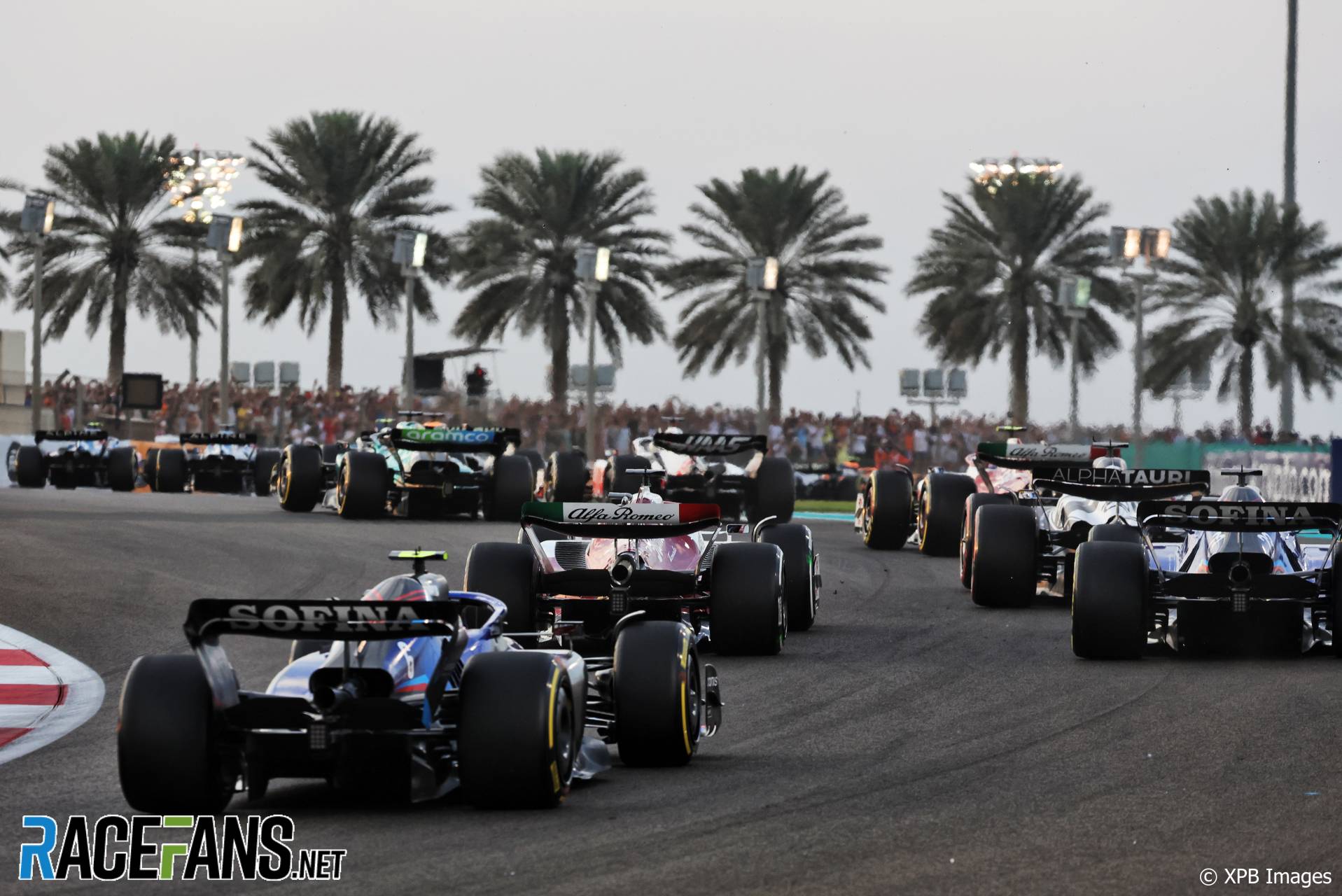 The driver line-up for the 2023 Formula 1 season has been completed as Williams became the last team to confirm who will race for them next year.

The team officially confirmed Logan Sargeant as its new hiring after the Formula 2 driver finished fourth in the championship yesterday. That ensured he has scored enough FIA superlicence points to race in F1 next year.

Sargeant is one of six changes in next year’s roster of drivers. He replaces Nicholas Latifi, who spent three years at Williams, and is one of four drivers who have lost their seats.

Mick Schumacher’s departure from F1 after two years at Haas was announced ahead of the final race weekend of the season in Abu Dhabi. His place will be taken by Nico Hulkenberg, who previously raced in F1 between 2010 and 2019 for Williams, Force India, Sauber and Renault.

Daniel Ricciardo’s surprise early ejection from McLaren, one year before his contract was due to expire, opened up a seat for newcomer Oscar Piastri, who won the Formula 2 championship last year. He will partner Lando Norris, who goes into his fifth season of F1 with McLaren.

Sebastian Vettel’s announcement in August that he would bring his 16-year Formula 1 season to a close prompted a chain of moves. Fernando Alonso pounced on the vacancy at Aston Martin, where he will join Lance Stroll.

That caused a headache at Alpine, which doubled when the team discovered its intended replacement, Piastri, had already signed to join McLaren. They tried to contest the move with the FIA’s Contract Recognition Board, but the decision went against them. Alpine therefore agreed terms with Red Bull for Pierre Gasly to be released from his contract with their junior team AlphaTauri a year early to join them.

That left Alpine with a vacancy alongside Yuki Tsunoda. Red Bull opted against promoting any of their junior drivers from Formula 2 and instead signed ex-McLaren junior turned Mercedes reserve driver Nyck de Vries, who impressed by scoring points in a one-off debut appearance for Williams at Monza.

View the current list of 2023 F1 race and test drivers