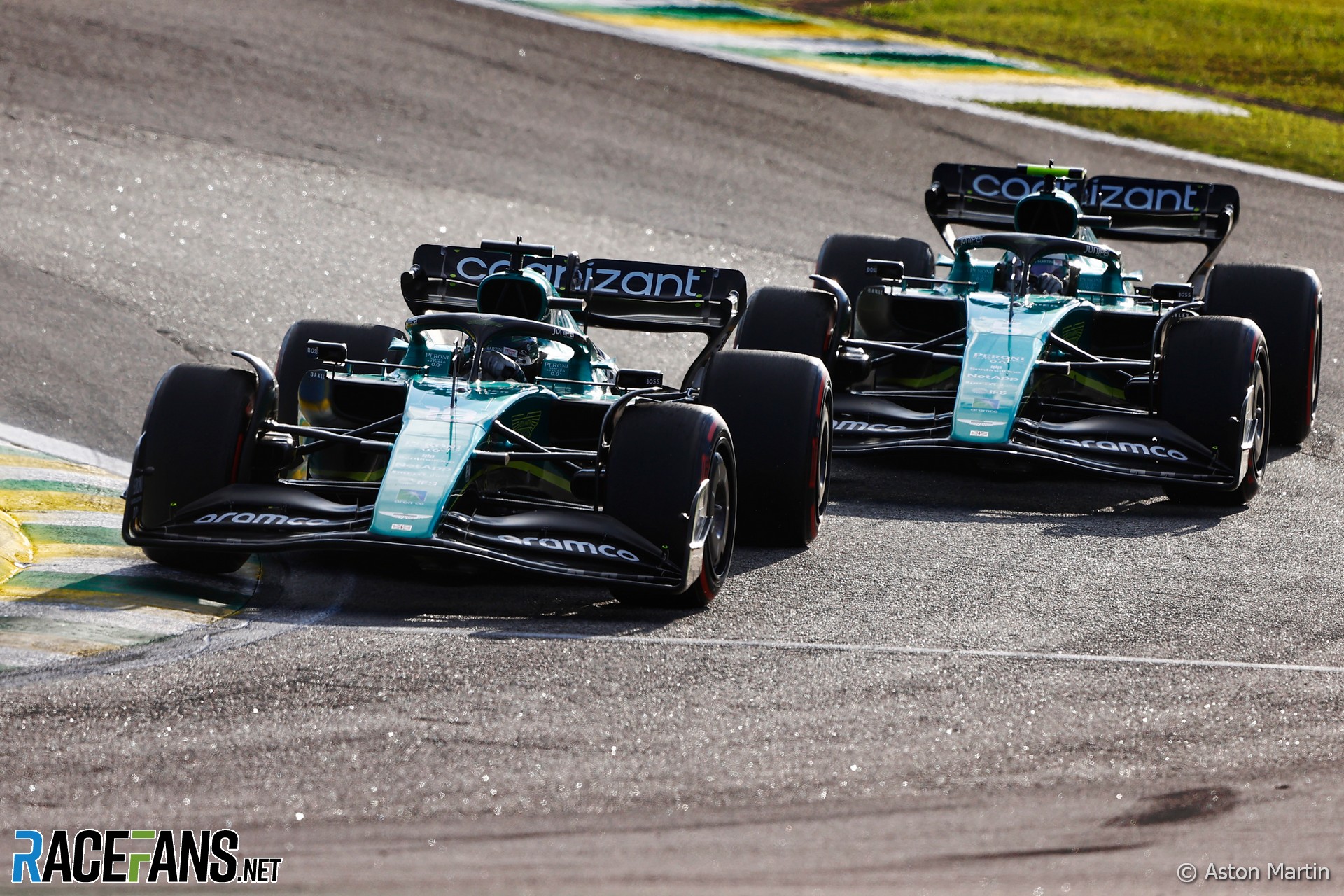 The 2022 season was only the second time in Lance Stroll’s career that he has kept the same team mate from one year to the next.

On the previous occasion, his two-year stint alongside Sergio Perez at this team when it was called Racing Point, Stroll’s performance improved compared to his team mate from one year to the next. In the qualifying score line, race finishes and – most importantly – points scored, Stroll’s percentages were notably better in 2020 than 2019.

The same did not happen over his two years alongside Sebastian Vettel, despite the four-times world champion deciding to hang up his helmet at the end of his 15th full season in F1. Last year Stroll finished ahead more often than not; Vettel reversed that. Stroll’s share of the team’s points fell from 44% to 32% this year.

The qualifying score-line was largely unchanged, but consistency is not what Stroll needs here. In his sixth year as an F1 driver he has still never out-qualified a team mate over a full season – whether his partner was Vettel, Perez, Sergey Sirotin or Felipe Massa.

Vettel missed the opening two races due to Covid. Following his return, and the team’s horrorshow weekend in Australia, the pair chalked up a badly-needed double points score for the team at Imola. Two races later Aston Martin introduced a major upgrade for its AMR22 with conspicuously similar lines to Red Bull’s RB18, though it did not produce anything like the same performance to begin with.

As was the case last year, the Baku City Circuit was the scene of Aston Martin’s best result of the season, a sixth place delivered by Vettel. He repeated it later in the year at Suzuka, thanks to an inspired change onto intermediate tyres immediately after the restart.

Stroll added a sixth of his own in Singapore. That was a welcome venture deeper into the points positions for him, as until then he had delivered no better than a quintet of single-points finishes for 10th.

By the latter stages of the season the AMR22 was finally starting to deliver and although Vettel often got the best out of it Stroll achieved their best starting position with fifth at the Circuit of the Americas. But while he took himself out in a needless clash with Fernando Alonso, Vettel briefly led the race, only to slip to eighth after a slow pit stop.

Vettel signed off in brilliant form at Yas Marina, where he worked his way up to fourth early on, but fell afoul of a doubtful strategy which left him 10th, less than a second away from a point which would have moved Aston Martin up on place in the constructors championship. But as it was he’d taken more than twice as many points as his team mate.

Stroll’s cause wasn’t helped by a few run-ins with other drivers, some of which were not his fault (including his two tangles with Pierre Gasly) while others clearly were. They included, as happened more than once last year, a clash with Vettel, this time an excessively forceful move during the Interlagos sprint race which delayed both and earned Stroll a stiff penalty.

He did likewise to his future team mate Alonso at the Circuit of the Americas, causing a shunt which ended the Aston Martin driver’s race. Alonso, showing he already understands the politics of the team owned by Stroll’s father, played down the incident and claimed his rival’s penalty was unnecessary…