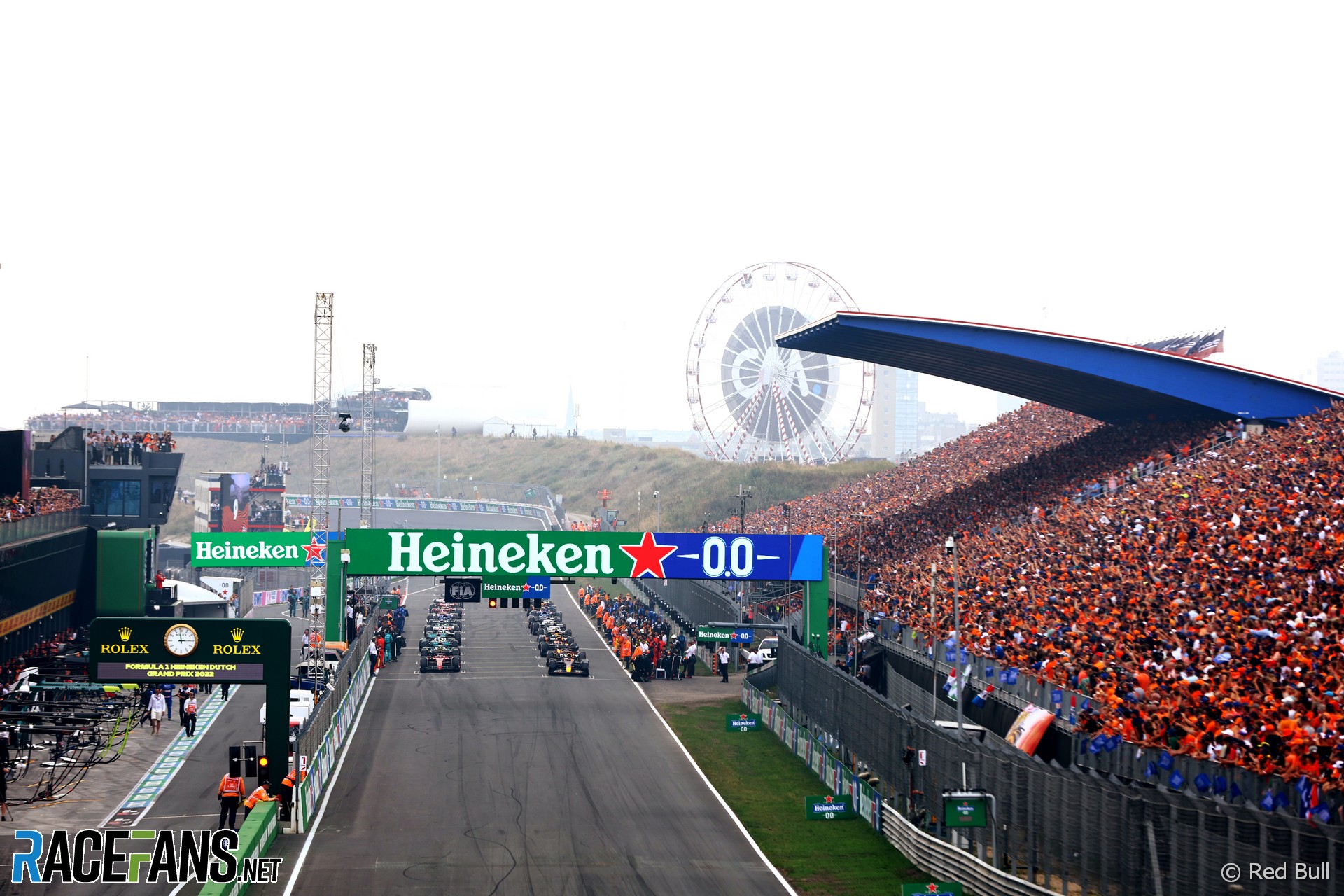 The Dutch Grand Prix will remain on the Formula 1 calendar until at least 2025 after the series agreed a new deal with the Zandvoort circuit.

The event was first part of the world championship schedule in the fifties but returned last season after a 36-year absence, which was extended by the postponement of its planned 2020 race due to the Covid-19 pandemic. A further two races have been added to its initial three-year deal, meaning the event will return in 2024 and 2025.

Tickets for next year’s race on August 27th have already sold out, the race promoter confirmed.

“The Dutch Grand Prix has quickly established itself on the calendar as a fan favourite, bringing incredible energy and a great fan experience every year,” said F1 CEO Stefano Domenicali.

“The sold-out events in the last two years have raised the bar in terms of organisation, entertainment, and sustainability, and we are delighted to extend our relationship with them.”

Max Verstappen has won his home race on both occasions since it returned to the schedule on his way to back-to-back world championship victories. The Zandvoort crowd, which has quickly earned a reputation for producing a raucous atmosphere, will welcome a second home driver next year when Nyck de Vries will start his first full season as an F1 driver, with Red Bull’s junior team AlphaTauri.

Former F1 driver Jan Lammers, who is now sporting director at the Dutch Grand Prix, said the event will continue to be the “ultimate race festival.”

“We want the world to experience again how we as the Netherlands organise an event. It is unique that we are on the calendar with world cities like Las Vegas, Monaco, and Sao Paulo.

“As we say internally, we are ‘ready for tomorrow’. We need and want to put on the F1 event of the future, which is not necessarily bigger but better, more engaging, more innovative, more sustainable, and more inclusive.”