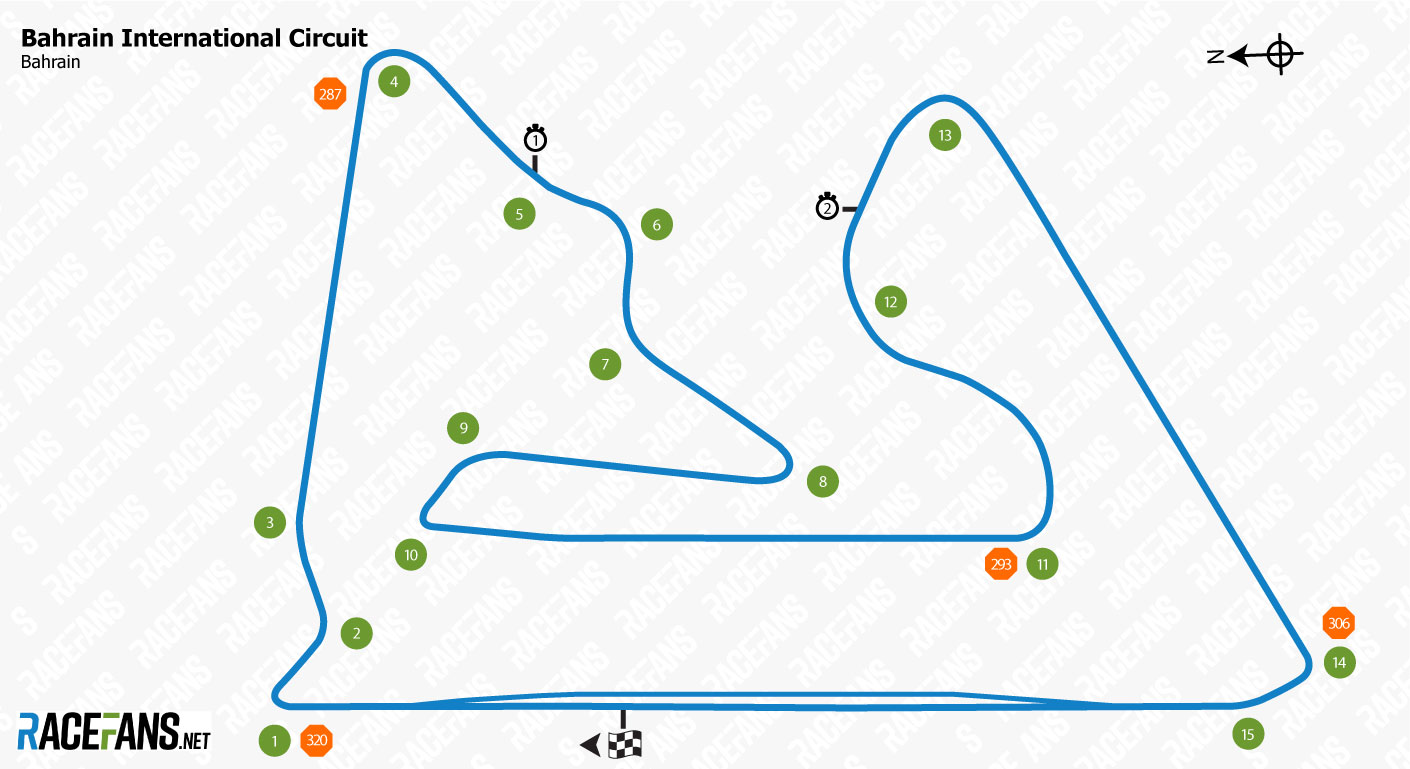 The Bahrain International Circuit held its inaugural F1 race in 2004. F1’s first venue in the Middle East was built on the site of a former camel farm in the desert south of Manama.

The event attracted international attention in 2011 when it was first postponed, then cancelled following the government’s suppression of pro-democracy protests in February. Formula One’s presence in Bahrain continues to attract criticism.

Bahrain’s grand prix track is typical of most modern circuits, compromising a few long straights and slow corners. Following its first race in 2004 minor modifications were made to turn four.

Two alternative versions of the layout have been used since. In 2010 a longer version of the track was used but it proved unpopular and was dropped after a single race.

Bahrain was due to hold the second race of the 2020 season but the race was postponed due to the pandemic. The track instead held back-to-back races at the end of the season, and the second was held on the shorter, Outer circuit.

For the 2014 race floodlights were installed, allowing the main event to be run at night.