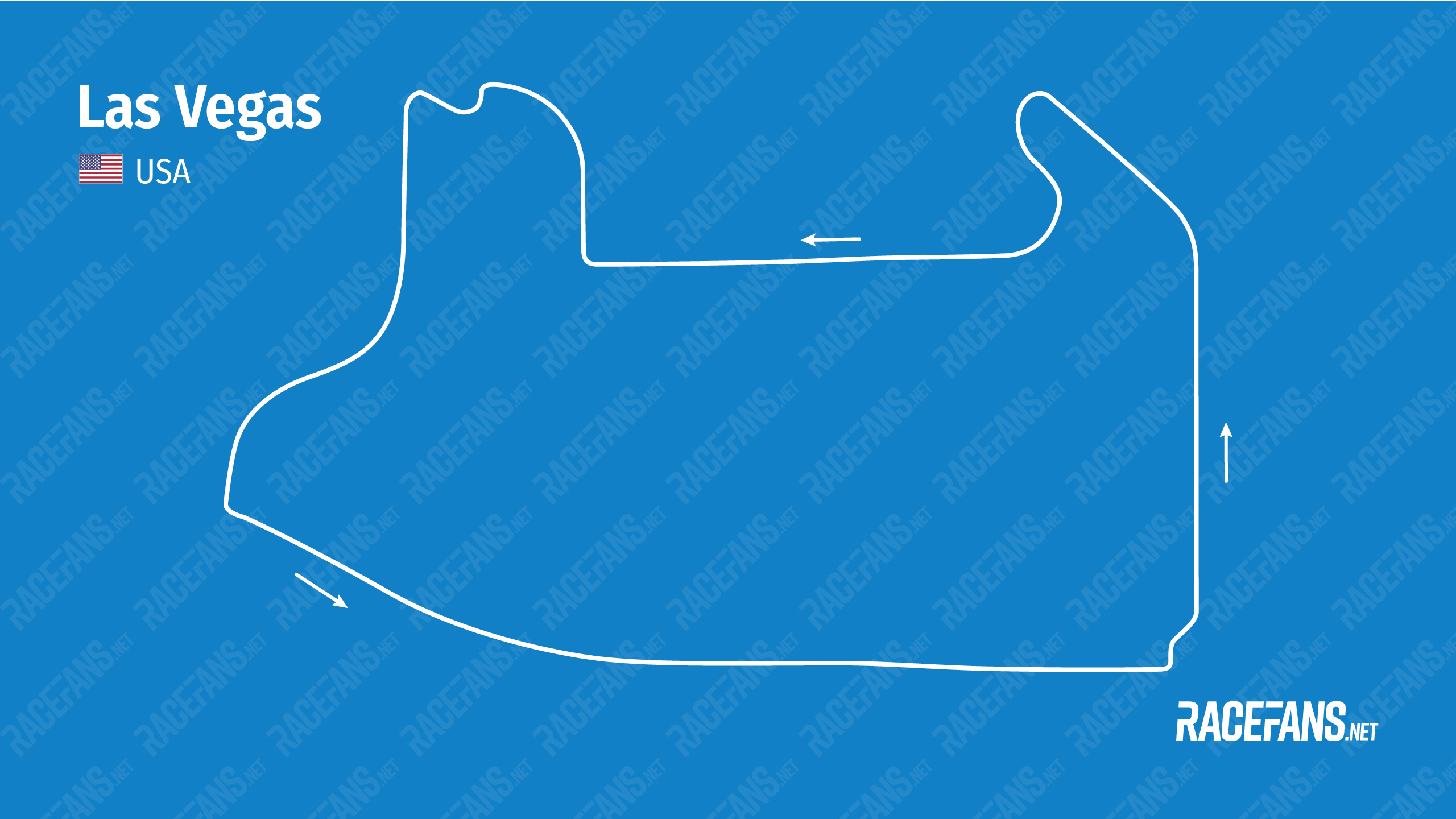 The Las Vegas Street Circuit in Nevada, USA will hold its first Formula 1 race in 2023.

The temporary circuit has been designed to incorporate a section of Las Vegas Boulevard, which is widely known as the Strip. The cars will run past several local landmarks which will be illuminated at night.

When the race was announced in March 2021 the track layout featured 14 corners. It was subsequently revised by the addition of a chicane, bringing the total corner count up to 17. The circuit measures 6.1 kilometres in length, including a near-two-kilometre run along the Strip where the cars will be flat-out and hit top speed, estimated at over 340kph.

The grand prix will be held over 50 laps and race promoters say the track will incorporate two DRS zones. F1 took the unusual step of buying a plot of land upon which the pit and paddock facilities are to be built.

Las Vegas previously held F1 races in 1981 and 1982 on a different track. This was a much shorter temporary course laid out in the car park of Caesar’s Palace casino, which the new track passes by. It held the championship-deciding season finale in both years, and saw Nelson Piquet and Keke Rosberg respectively win the titles.