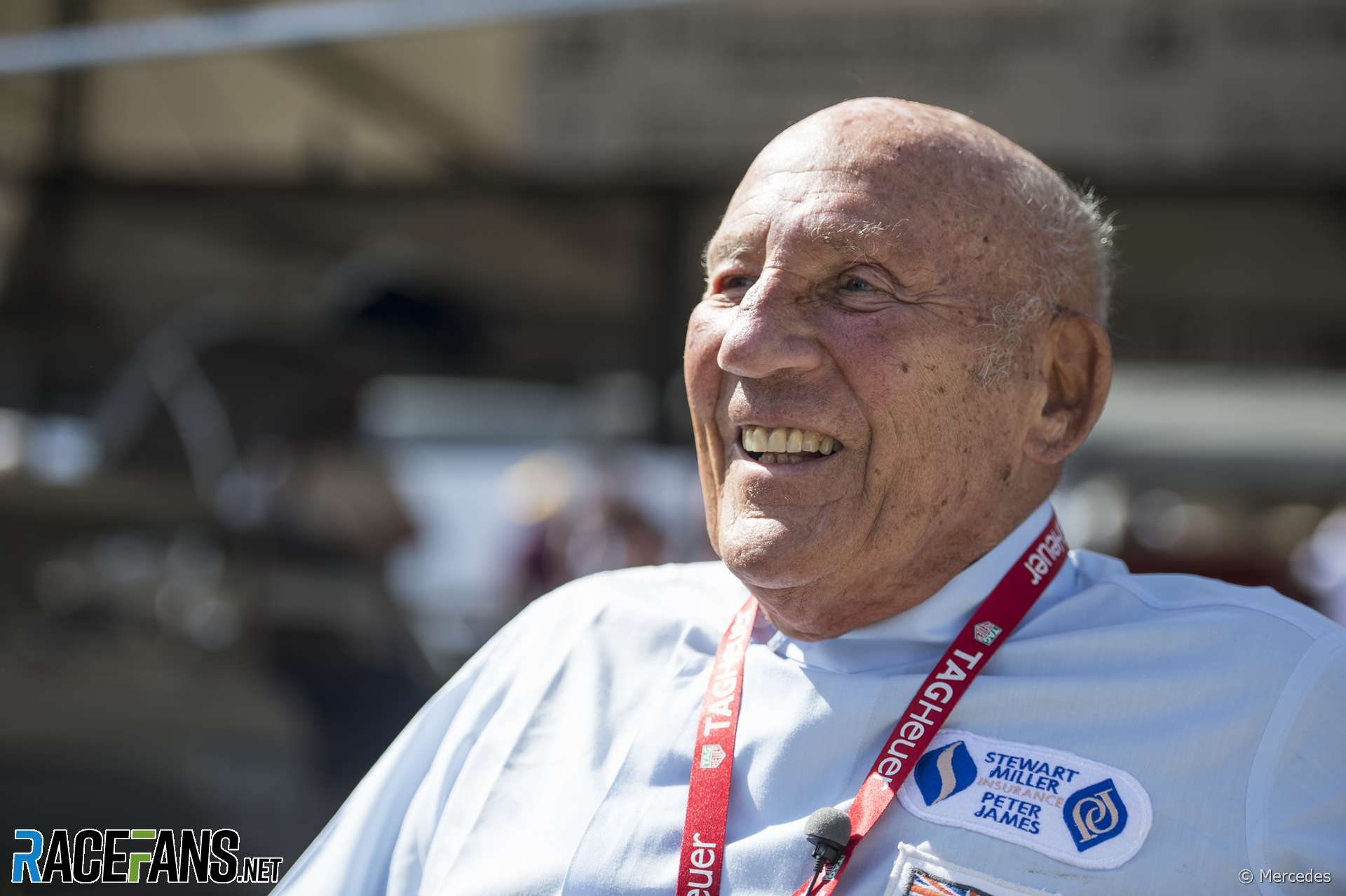 Sir Stirling Moss was widely regarded as the greatest F1 driver never to have won the title.

Moss finished second in the championship in four consecutive years from 1955 to 1958. In the first three of those the title was claimed by Juan Manuel Fangio, whom Moss partnered at Mercedes in 1955.

The pair often ran at the front of the field, Fangio lading, Moss observing, studying the style of the man revered as ‘Maestro’. At Aintree that year Moss narrowly edged Fangio to the line, claiming his first world championship race win, but was left to whether Fangio had graced him a victory on home ground.

After three wins for Vanwall in 1957 – including a shared victory at Aintree with team mate Tony Brooks – Moss headed into 1958 as a strong contender for the title. Fangio retired early in the year and Moss won four times.

But reliability problems left him trailing Ferrari’s Mike Hawthorn, who had won just one race. Moss did not help his cause – but showed great sportsmanship – by helping his rival avoid the threat of disqualification from the Portuguese Grand Prix.

Moss won the last race of the year at Morocco. But team mate Stuart Lewis-Evans crashed and was badly burned, later dying from his injuries. And second place for Hawthorn was enough for him to deny Moss the title.

As the championship switched to 1.5-litre engines in 1961 Moss was constrained by the lack of availability of a suitable engine. Nonetheless he scored one of his finest wins at the wheel of a Rob Walker-entered Lotus at Monaco, single-handedly rebuffing the attacks of the Ferrari team.

Moss began the following year driving Walker’s cars in New Zealand, winning in Christchurch. He then moved on to Australia where he took another victory at the wheel of a Cooper at Warwick Farm in Sydney. It proved the final win of his career.

In late April, still a month away from the start of the championship season, Moss was driving a Lotus in the Glover Trophy race at Goodwood. He was trying to make up time following a delay due to a gearbox problem when he crashed, suffering head injuries.

Moss tested an F1 car afterwards but decided against a return to competition. However he remained active in historic races until 2011. He retired from public life, and passed away in early 2020.